Pakistan have another world snooker champion after 18 years. It was the veteran Mohammad Yousuf who first accomplished the astonishing feat at Johannesburg, South Africa in 1994, and now it’s Mohammad Asif who has done it at Sofia, Bulgaria, in 2012. 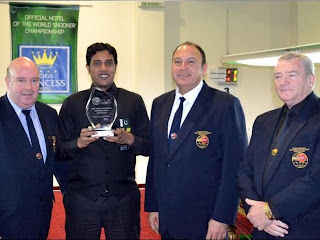 In the interim period, Saleh Mohammad, now having returned to Afghanistan from where he hailed, had come very close to claiming the trophy at Jiangmen, China, in 2003 but fell at the last hurdle.

It remains to be seen if Asif’s title victory helps in the revival of the Pakistan snooker or not but the cueist from Faisalabad has done his job and deserves to be complimented at having delivered against the heaviest the odds.

He showed great resilience during the IBSF World Snooker Championship 2012 and his performance in the final, against Gary Wilson of Great Britain, was truly outstanding. He remained unbeaten in the entire competition and didn’t falter even in the crunch situations. 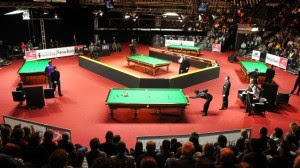 He did achieve his cherished goal but not before some terribly anxious moments. Wilson, unlike the others, was unwilling to be routed and he fought on to combat the awesome skills of Asif.

The best of 19-frame final, which lasted nearly eight hours, remained open till the end. It was anybody’s game after 16 frames with both the contestants having won and lost eight frames.

Asif’s journey to the final had been hassle-free. He hammered Alex Borg of Malta 7-1 in the semifinals after having Mer Alkojah of Syria 6-2 in the quarter-finals. He was equally ruthless in the pre-quarter-finals having whacked Wael Talaat of Egypt 5-2. In his earlier knockout games, he trounced Vinnie Calabrese of Australia in straight frames after having blasted Yaser Elsherbiny of Egypt 4-1. 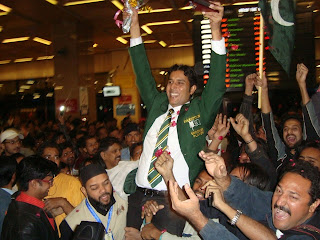 He did get an advantage by having topped the group at the end of the league matches which put him among the top four in the reseeding and avoided potentially explosive duels from the dangerous cueists of China and Thailand.

It’s for the second year running when the World Amateur Snooker Championship has been won by an Asian cueist.

Last year it was Hossein Vafaei Ayouri, the teenaged sensation from Iran, who grabbed the trophy at Bangalore, India.
readmore »»