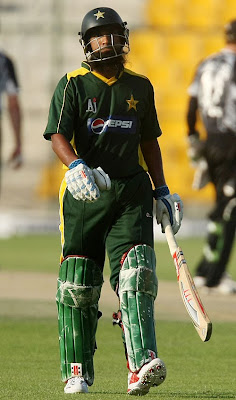 Two wrongs don’t make one right. Isn’t it? Yet the Pakistan Cricket Board (PCB) or is just its Chairman, Ijaz Butt, conveniently ignore this basic rule. Controversy has been a part and parcel of the Pakistan cricket for a long time but there have been far too many in the recent past.

The appointment of Mohammad Yousuf as the skipper of the national team for the upcoming tour of New Zealand seems yet another blunder. The PCB is unclear in its mind too hence there’s no announcement yet if he will quit the job after three Tests and hand over the reigns back to Younis Khan.

There is a lot of chaos and confusion at the moment. The indecisiveness and shortsightedness of the PCB Chairman is making things more complicated with every passing day. His inability to deal with the matters professionally is taking its toll and his insistence to take decisions on his own is bringing the Pakistan cricket to disrepute.

Yousuf is not much different a character to Younis, with whom almost every member of the team was dissatisfied and unhappy, when it comes to captaining the side. Both of them remain reluctant leaders.

If Yousuf or Younis were natural leaders, one of them would have been handed over the captaincy upon the retirement of Inzamam-ul-Haq. That was the reason the then Chairman of the PCB, Dr Nasim Ashraf, had to induct Shoaib Malik as a skipper, a move that brought mixed results.

At least Shoaib had some leadership skills and his body language in the field was generally positive. He did carry a stigma of having thrown away a domestic match in mysterious circumstances he possessed the drive to carry the team forward.

Shoaib was removed by Ijaz Butt, who managed to convince Younis, who was unwilling to accept the job earlier, to take over during the course of the home series against Sri Lanka earlier this year. It wasn’t the wisest of move to bring about a change of guard during the course of a series.

Younis caused more headaches to the PCB with the only relief having come when the team won the ICC World Twenty20 against the heaviest of odds in England this summer. But with so much cricket going on Pakistan was humbled in Sri Lanka soon afterwards and there were all sorts of dressing room stories doing the rounds.

Younis, with his conduct or the lack of it, was chiefly responsible in earning bad name for the PCB even at a time when the nation was celebrating the Twenty20 conquest. He was found wanting in handling the media upon his return from the triumphant tour of England and there were negative headlines because of his haughty attitude. 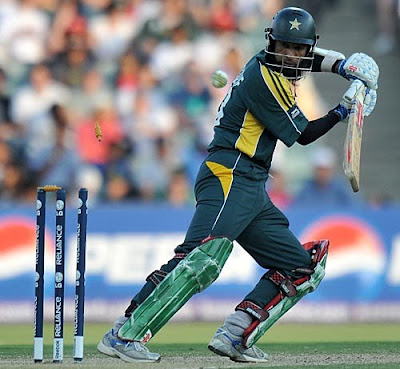 The lady luck smiled on Younis again when Pakistan created an upset by making it to the semifinals of the ICC Championships Trophy in South Africa. But the unexpected loss to New Zealand opened another Pandora’s Box and the skipper was in the news for the wrong reasons yet again.

The PCB Chairman put his entire weight before Younis and agreed to all his terms and conditions, a few of which were unfair. But when the pressure built up and the boys stood up in Abu Dhabi, Ijaz Butt didn’t back the man whom he had lent overwhelming support just a few weeks ago.

Yousuf was initially reluctant when approached by the PCB Chairman in Abu Dhabi to take over with the short tenure being the point of contention. Out of his wisdom Ijaz Butt kept the matter pending and no mention was made about Younis getting the captaincy back.