Spinners make their mark in IPL 2

There was a time when the spinners were considered a luxury for the limited-overs games and the sides usually packed themselves with fast bowlers and medium-pacers as the emphasis was on containment. 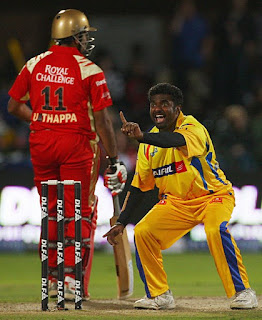 It was the mindset of the 1960s and 1970s when the one-day matches were mostly held in England where the overcast conditions helped the seam bowlers considerably. Even the famous quartet of Indian spinners having engineered quite a few historic conquests in Test cricket were not rated highly for the one-dayers.

There was hardly a change of heart among the captains even when the version of the game was spread to other countries. They were unwilling to take the risk of tossing the ball to the slow bowlers, relying on the medium-pacers even when the surfaces they were playing on were dry and offered some purchase to the spinners.

It was Imran Khan, the most daring of all captains, who took the chance of playing a spinner as an attacking option. It was during the World Cup in 1983 and mind you the tournament was being in England. He had the guts to include leg-spinner Abdul Qadir in the playing eleven and the move paid immediate dividends.

Qadir, the great leg-spinner that he was, still vividly recalls those moments when Imran, having the conviction and self-belief, had set those attacking fields even though it was a One-day International and not a Test match.

Qadir’s success brought about a revolution and the other teams also started including spinners, not necessarily as an attacking option though. The over-rate factor also prompted the selection of slow bowlers in the one-dayers.

There was a question mark again about the future of the spinners when the latest and todate the shortest version of the game at the international level, Twenty20, was introduced. It was being debated whether the best of spin bowlers would be able to come good with those short boundaries and the batsmen using the bat as a sword every ball or their services may not be required in the T20 games.

The second edition of the Indian Premier League (IPL), being played in South Africa, has already proved that the spinners have a definitely role to play in the T20 cricket and they can be as lethal as in the longer versions of the game.

The pitches or the conditions in South Africa are not in favour of the spinners but the quality spinners have done the trick in the earlier games and they are likely to be a threat in the coming matches as well.

Shane Warne, acclaimed as the greatest-ever leg-spinner, has weaved his magic for Rajasthan Royals. India’s most successful spin bowler, Anil Kumble, returned the stunning figures of five for five for Bangalore Royal Challengers. 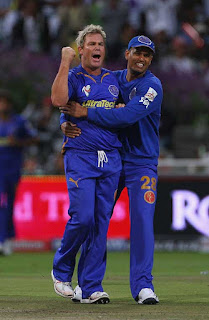 New Zealand’s premier left-arm spinner bowled Delhi Daredevils to victory in a match shortened by rain. He proved how effective the champion spinners could still be damp conditions and in even if it’s a game of just a few overs when the batsmen have the license to blast every ball.

Harbhajan Singh bowled beautifully for Mumbai Indians while the magician from Sri Lanka, Mutiah Muralitharan, made an impression for Chennai Super Kings right away. The young leg spinner Piyush Chawla did a fine job for Kings XI Punjab against Kolkata Knight Riders in the rain-hot fixture.

The success of the spinners in the earlier part of the IPL 2 takes the press off the shoulders of the faster men who were supposed to do the job for their respective franchises after the event was shifted to South Africa from India.
readmore »»