Salman Khan may or may not own an IPL team

There are contradicting reports whether the Bollywood icon, Salman Khan, is going to own a team in the future editions of the Indian Premier League (IPL) or his recent meeting with the IPL Commissioner, Lalit Modi, was nothing more than a courtesy call. 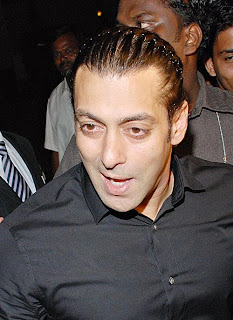 It was reported the other day that Salman Khan had shown interest in buying a franchise in the IPL but brother Sohail Khan denied the news.

"It's not true. Salman is not buying any IPL team. Yesterday when he was shooting for Dus Ka Dum I called up bhai and asked him whether it was true and he denied it," brother Sohail was quoted as saying.

The speculation grew from the moment Salman had a meeting with Modi at a suburban Mumbai hotel and it was Modi who broke the news of Salman’s interest in owning a cricket team which he was going to introduce in 2011.

"He has been interested in buying a team for quite some time. Today, we had a brief meeting and I explained how to go about with the task. I can assure you that Salman is not the only star who is thinking of buying a team. I have had around 28 queries and the list will surely go up," Modi announced.

But the sources close to Salman indicated that it was just an informal meeting and the Bollywood star did not meet Modi with an aim to own a team, he just asked him what's happening with the IPL and some other details.

If Salman in indeed interested and does make a successful bid, Salman will join an impressive list of Bollywood stars who own IPL teams. Shah Rukh Khan and Juhi Chawla have a shareholding in Kolkata Knight Riders while Preity Zinta and Shilpa Shetty have invested in King’s XI Punjab and Rajasthan Royals respectively.

The IPL, launched to cash in on the popularity of Twenty20 cricket following India’s conquest in the inaugural World Cup of the shortest version of the game, brought in huge sums of money.

The multi-million dollar Twenty20 series featured almost all top international players and it became an instant hit with the entertainment element and the overwhelming official support from the movers and shakers of the game.

Lalit Modi is the man behind the show and he remains eager to lure the celebrities to explore how they could join the bandwagon. Obviously the stars of Bollywood prove more than useful tool in selling cricket as well. The greater number of stars that the tournament attracts certainly helps in further boosting the profile of IPL. It remains to be seen if Salman Khan, with his preoccupations, does decide to have a go at the IPL. Apart from Salman, Ajay Devgan and Sanjay Dutt are also reportedly interested in owning IPL teams.

"He (Salman) is aware of the price of a franchise, which will be between US $200 to US $300 million. He has been keen for some time now, so he was curious about the process of auctions and the money involved,” Modi claimed in a television interview.

The request for proposal and tender for the two new teams will be floated by December and the auction will take place in January 2010. This is done to give the new owners enough time to set up a team and participate in the auction for IPL 4 for the new players.
readmore »»