Points to ponder for Strauss despite nine-wicket Edgbaston triumph

Just like no side has lost a Test match after bowling out their opponents for 72 in the first innings for well over a century, it’s very rare for a team and its management to be concerned even after winning the game by a decisive margin of nine wickets. 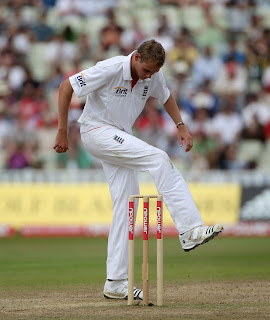 In fact it’s quite creditable on part of the England skipper, Andrew Strauss, after winning the Edgbaston Test on August 9 to have conceded that his team needed to overcome certain shortcomings.
"Any time you win six in a row you are pretty happy with yourselves, but we are still conscious that there are plenty of areas where we need to improve so we are not getting too carried away. The first job is to make sure we win the series next week and then push on from there, because this was a timely reminder you do have to work hard for a Test match. If it had been a longer chase it would have been much harder," Strauss remarked.
"It doesn't matter how good you are, you don't have everything your own way all the time. That's always the case. We got a double whammy because the ball didn't swing and also the wicket died, so there was no real carry or menace with the ball, and that's always going to be tough for the seamers. We were forced to work very hard for those final wickets, but thankfully we came out the other side," the victorious England captain observed.
"It didn't look good and he understood that he overstepped the mark, and he has paid the price for it. What I would say is that, generally over the summer, he has been outstanding in terms of the way he has gone about his business, so let us just hope this is a one-off incident. It was an end-of-the-over chuck-the-ball-back when the batsman had gone down the wicket, and I don't think he meant to hit him. He was just throwing it back to the keeper,” he said when enquired about the Stuart Broad incident.
"He is maturing and learning from his mistakes, and I am very comfortable in my own head that this will be a one-off situation," Strauss believed.
"We have to remind ourselves all the time that there are lines there that you don't want to overstep, and Stuart received a timely reminder of that. But you want aggressive characters in your dressing room and guys who want to grab the game by the scruff of the neck and have a bit of fight about them, so it's always that managing of where the lines are, and making sure people don't overstep those boundaries," he added. 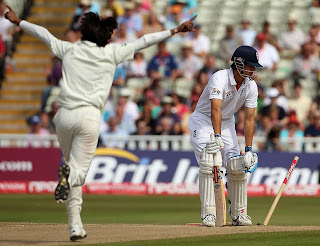 "Opening the batting in Test cricket can be tough at times and when you're down on confidence it can be exploited more than other areas in the batting line-up. Cooky has played some outstanding innings for England in the past, he's a very valuable member of our side, and I have every confidence he will come back and play some valuable innings in the near future. He's a top-quality opening bat, and four Tests don't change that," he said while defending his opening partner.
readmore »»