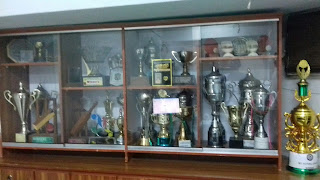 “We are giving a lot of importance to physical activities at the national, provincial and Karachi level and our players have produced creditable performances,” Sports Director and former hockey international, Mubashir Mukhtar, remarked. He credited the SSUET management for fully facilitating and supporting the athletes to perform well in various events and bring honor for the university. As part of preparations of the good university team, several inter departmental competition were conducted among the male and female students of the university.
readmore »»