Sir Syed University of Engineering & Technology (SSUET) won the general championship trophy in the Unilympics 2012 organized recently by FAST National University of Computers and Emerging Sciences, at their Karachi campus. 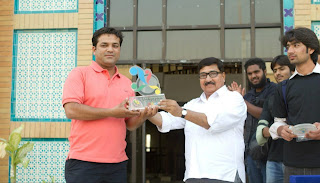 SSUET emerged as the worthy winners of the All Star Trophy after winning the tournaments of table tennis and volleyball.

SSUET, having become one of the leading engineering universities of the country in a relatively short span of time, has been actively engaged in co-curricular activities and their athletes have been faring rather well in the various sporting events held from time to time.

A total of 15 educational institutions, representing universities and their affiliated colleges/high schools, from all over the metropolis took part in the two-day event in which competitions were held in basketball, table tennis, volleyball, throw ball and futsal.

‘It's not just Playing, It's Living the Sports’ was the slogan of the event, acclaimed as the biggest and the liveliest sporting extravaganza at the university level. It was organized by Sportics, the sports society of FAST NU. 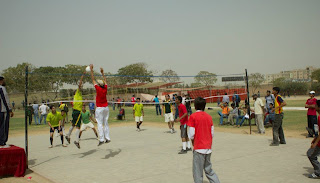 The students of the FAST NU have been passionate about sports and their versatile society has built a platform to hold a competition featuring the top educational institutions of the metropolis. It made great sense to organize the Unilympics 2012 a few months before the Olympics 2012.

The preliminary round matches of all five disciplines of the Unilympics 2012 were held on the opening day with the semifinals and the finals taking place on the more exciting and absorbing last day of the event.

SSUET extended their supremacy in table tennis as the duo of Bilal Tariq and Taha Shibli, brought home the gold medal for the third year running. They remained undefeated in the competition. 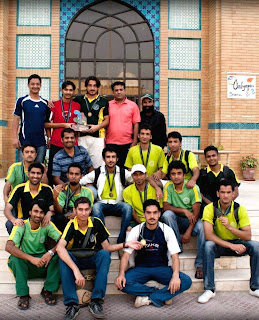