By Ehsan Qureshi in Abu Dhabi 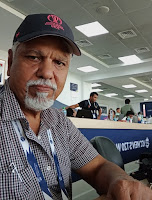 Muhammad Rizwan and skipper Babar Azam smashed sparkling half centuries as Pakistan crushed Namibia by 45 runs at the Sheikh Zayed Stadium, Abu Dhabi, to become the first team to storm into the semifinals of ICC T20 World Cup on November 2.
Interestingly and surprisingly, Pakistan recovered from slow start to post their highest score of the tournament so far. After amassing a huge total of 189 for two in the stipulated over, they restricted their opponents to 144 for five to win the match by 45 runs. It was their fourth consecutive victory in the event.
After accumulating only 29 runs in the six overs of power play and just doubling the score in the next four overs, the trio of Babar, Rizwan and Muhammad Hafeez went on a rampage mustering a whopping 131 in the last 10 overs much to the delight of their supportive crowd. 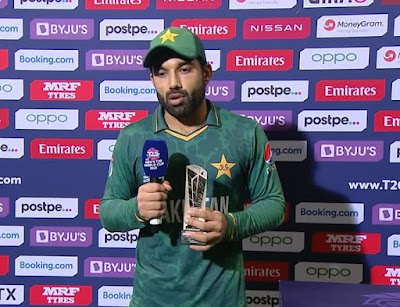 Pakistan, opting to bat first after calling correctly for a change, might have started to regret their decision when the first three overs witnessed as many as 14 dot balls.
The Pakistan openers, Babar and Rizwan, were clearly struggling against the Namibian attack at the start of their innings. But the situation in the second half of the innings and the Pakistani batters got into their elements.
Rizwan was in a punishing mood taking 24 runs in the last over from Johannes Smit, slamming four fours and a towering sixer.
Skipper Babar made 71 off 49 balls with seven boundaries. It was his third half-century in four matches. Rizwan anchored the innings with unconquered 79 off 50 balls, studded with eight fours and four sixes. The Namibian bowlers were found wanting when the well-set openers carried out the well planned onslaught. 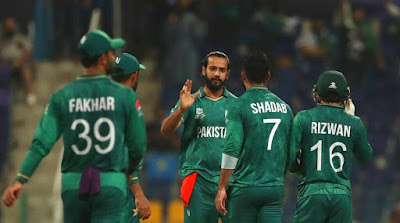 Hafeez sustained the momentum and blasted an unbeaten 32 after facing only 16 balls and it included five strikes to ropes. His lusty hitting ensured that the Pakistan total approached mammoth proportions.
Chasing a formidable target 190, Namibia was never really in the hunt against a disciplined bowling attack. Spearhead Shaheen Shah Afridi didn’t pick any wicket and David Wesie spoiled his figures further with an unexpected counterattack in the final over.
Namibia, making their maiden appearance in the T20 World Cup, had created history of sorts by toppling Scotland earlier in the tournament. But they found the rampaging Pakistan side too hot to handle.
readmore »»