Vital Five Cricket Club (VFCC), having emerged as one of the leading clubs of Karachi in a rather short span of time, will be participating in the inaugural KL Titan’s Cup T20 Champions Trophy Cricket Tournament 2017 being staged in Malaysia. 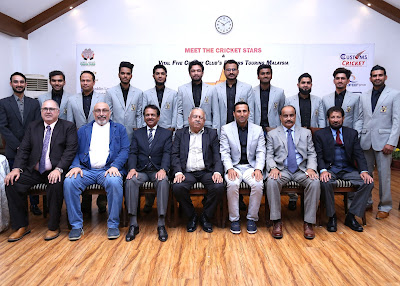 A 21-member VFCC squad, comprising of 16 cricketers and five officials, will be flying out to Kuala Lumpur in the wee hours of December 22 to compete in the two-week long international event.

Left-arm spinner Faheem Ahmed will be captaining VFCC with opening batsman Hassan Mahmood to be his deputy. Saad Alam and Ali Imran are the other openers in the squad while Rameez Raja and Akbar Babar are the specialist middle-order batsmen.

Shaharyar Ali Rizvi has been selected as the wicketkeeper batsman while Yasir Hussain, Ansar Mushtaq and Khurram Shahzad are the three all-rounders. Waqar Anwar, Hamza Ansari Ammar Khan and Huzaifi Hussain Alvi are the medium-pacers while Arsalan Hussain and Shaharyar Tanvir are the lead spinners.

Javed Raza Naqvi will be the chef de mission while Waqar Hussain will be the manager with Jalaluddin, Anwar-ul-Haq and Haris Khan to be the head coach, the batting coach and the bowling respectively. 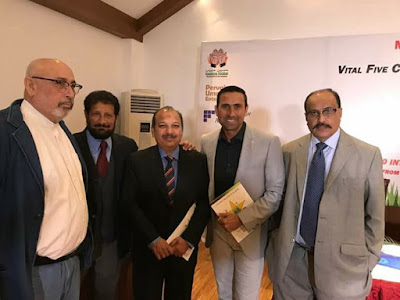 The 12 participating teams in the KL Titan’s Cup T20 Champions Trophy Cricket Tournament have been divided equally in two groups for the preliminary rounds.

At the end of the league matches, the top four teams from both the groups will qualify for the knockout stage of the competition starting with quarter-finals.

Meanwhile VFCC hosted a dinner reception prior to the departure of the squad at the Karachi Gymkhana on December 19 in which Younis Khan, a former Pakistan captain and the leading scorer of runs and centuries for the country in Test cricket, was the chief guest. Prolific Test batsman

Asad Shafiq was also present in the ceremony, largely attended by the officials and members of the club alongwith the Kuala Lumpur bound squad. 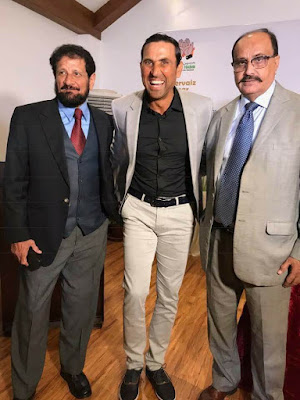 Speaking briefly on the occasion Younis Khan didn’t mince words in stating that the promotion of club cricket merited greater attention than the development of academies.

He lauded the efforts of VFCC in promoting cricket from the grassroots level and then fast tracking the development of young cricketers by sending them abroad to compete in international events like the KL Titan’s Cup.

Javed Raza, Chairman, VFCC, shared the aims and objects of the club, expressing his satisfaction over its phenomenal growth from the outset which he attributed to team work and the blessings of the present and former superstars of the country.

“We envision creating a safe, enjoyable and productive environment in which club cricket could excel while our mission is to bring back professional club culture through structuring and by engaging into positive and competitive cricket. We are on course of achieving of achieving of becoming the top cricket club of Karachi,” he disclosed.

Jalaluddin, a former Test cricketer and Head Coach of VFCC, described the club as an offshoot of the Customs Cricket Academy (CCA) and both the institutions were working hand in hand to accomplish the mutual goal of grooming the young talent and preparing them for tougher battles.

He recalled the outfits of VFCC as well as the CCA have had excellent track record abroad, having won tournaments in India, Sri Lanka and the United Arab Emirates (UAE) in the recent past.

Khalil Masood, an ex-Chairman of the Securities Exchange Commission of Pakistan (SECP) and Patron in Chief of VFCC and CCA, complimented Jalaluddin and his team for having delivered consistently during the last couple of decades to raise the bar.

“Our concept of providing coaching, participation in competitions and welfare of youngsters has set an example to follow for others. Our team of coaches has done a commendable job over the years to attain their present status,” he acknowledged.
readmore »»