A total of 32 outfits will be participating in the PVCA Inter-Schools Cricket Tournament 2016 for the Omar Trophy, being organized by the Pakistan Veterans Cricket Association (PVCA) and sponsored by Omar Associates. 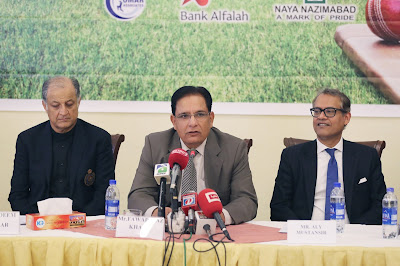 The details about the tournament, to be spread over two and half months during which a total 55 matches are scheduled to be held, were unveiled in a media briefing by Fawad Ijaz Khan, Chairman, PVCA, and Nadeem Omar, Managing Director, Omar Associates, at the Karachi Gymkhana on August 30. Aly Mustansir, Chief Marketing Officer, Bank Alfalah, one of the co-sponsors of the event, also shared his views on the occasion.

Salahuddin Ahmed, Sadiq Mohammad and Iqbal Qasim were the Test cricketers present in the gathering, along with former chief of the HBL Sports Division, Abdul Raquib, the President of the Karachi City Cricket Association (KCCA), Prof Ejaz Ahmed Farooqui, and the President of Karachi Gymkhana, Fawad Salim Malik. Besides the media corps, the representatives of the participating schools also attended the briefing.

It was announced that the tournament will be getting underway with a colourful opening ceremony at the Karachi Gymkhana Cricket Ground on September 1 and it will be followed by the opening match between Beaconhouse School and Ladybird School the same day.

Fawad Ijaz Khan, in his speech, highlighted the role of the PVCA in the promotion of cricket at the grassroots level, as the association is now holding eighth edition of the Inter-School Tournament in Karachi, having launched it in 1999.

“We had envisioned the Inter-Schools cricket on the pattern of the Ruby Shield, which used to be the premier tournament of its kind and it’s still talked about with great awe. We have launched something similar and we need supporters like Omar Associates and Bank Alfalah to join hands with us in making it an annual event,” he observed.

“Both the semifinals as well as the final, to be staged at the National Stadium, Karachi, will be telecast live nationally and internationally as was done in the last edition of the tournament,” Fawad Ijaz Khan disclosed.

Nadeem Omar, Managing Director, Omar Associates, paid glowing tribute to the functionaries of the PVCA on organizing the Inter-Schools Tournament in Karachi for the eighth time in 17 years.

“It’s quite an uphill task doing it as there are numerous challenges involved. Hats off to Fawad Ijaz Khan and his PVCA team for having done it quite professionally and nicely. Omar Associates is always a willing sponsor for the sports activities in the country and we are delighted to be supporting the PVCA Inter-Schools Tournament,” he observed.

“It’s indeed a pity that just a few athletes of our country participated in the recently concluded Olympic Games in Rio de Janeiro. We need to build a proper infrastructure for sports as we do have the talents which are not being utilized,” he reckoned.

Aly Mustansir, Chief Marketing Officer, Bank Alfalah, welcoming the initiative of the PVCA of continuously holding Inter-Schools Tournament in Karachi, expressed the hoped that it will also be taken to other cities.

“Extending support in developing indigenous talent and taking innovation in to the next level are part of our institutional strategy as well. Inter-Schools Tournament provide solid platform to the rising talent and it’s extremely beneficial for the cause of the game,” he noted.

Meanwhile the participating teams of the PVCA Inter-Schools Cricket Tournament 2016 for the Omar Trophy have been divided equally in eight groups.

At the end of the league matches, the leaders of all the eight groups will be advancing to the knockout stage of the competition, starting with the quarter-finals on October 31. The semifinals on November 10 and 11 will be followed by the final on November 15.
readmore »»

Quetta Gladiators to hold Under-23 Talent Hunt Programme in Balochistan


Quetta Gladiators, one of the five founding entities of the Pakistan Super League, has set off to promote cricket in a big way in the province of Balochistan, by launching a talent hunt programme titled ‘Your Gateway to Stardom’ in the first week of September.

The salient of the Under-23 Talent Hunt Programme for Balochistan, to be conducted under the supervision of the spinning great, Iqbal Qasim, were unveiled by the owner of Quetta Gladiators, Nadeem Omar, in a media briefing at Hotel Movenpick, Karachi, on August 29.

Moin Khan, a former Pakistan captain and coach of Quetta Gladiators, was also present on the occasion alongwith Salahuddin Ahmed, ex-Chairman of the national selection committee, and quite a few other cricketers.

“Iqbal Qasim, one of the greatest left-arm spinners, has been roped in as the Director of the talent hunt programme and he will be assisted by the trio of Saleem Jaffer, Ghulam Ali and Zafar Ahmed. All of them have volunteered to work on honorary basis which is truly commendable,” Nadeem Omar recognized.

“The initial phase of the trials will be taking place at the Bugti Stadium in Quetta from September 1 to 4 and at the Jam Mir Ghulam Qadir Stadium in Hub on September 7 and 8. The final phase of the trials will be carried out in the third week of September in Quetta. At the end of the final selection process, around 20 players will be selected and they will be awarded one-year contracts during which period they will be trained by qualified coaches,” the Managing Director of Omar Associates revealed. 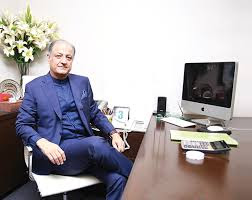 “As many as 15 players will be selected from the talent hunt while the top five performers of Balochistan in the PCB Regional Under-19 Tournament will be automatically drafted in the final list,” he added.

The players from all cities and districts of Balochistan, falling in the Under-23 age group, have been invited to take part in the trials.

“Our initiative is aimed at providing a solid platform to the deprived cricketers of Balochistan for showcasing their true potential. Here is an opportunity for them to get noticed and give a head start to their career. They can prove their mettle and make it big,” Nadeem Omar remarked.

“It’s our mission to support the cause of cricket from the grassroots level in the entire province of Balochistan. Talent hunt was a missing link there and we are plugging the gap. Our programme will go a long way in boosting the sport in the truest sense of the word,” he reckoned.

Iqbal Qasim shared having worked in the province of Balochistan for seven to eight years during his long stint as a cricket administrator.

“Trust me we were overwhelmed by the talent of the youngsters over there. They were incredibly powerful young lads whose cricketing abilities were beyond our imagination. This initiative of Quetta Gladiators is a masterstroke and it should work wonders in future. This will be greatly helpful in facilitating the cricketers of the province who get little exposure otherwise,” he remarked in his speech on the occasion. Moin Khan was equally optimistic about discovering quality talent from Balochistan which could prove to be assets for Quetta Gladiators as well as Pakistan.

“The Balochistan youngsters thoroughly deserved such an initiative. They have enormous talent and enthusiasm. We are providing them the platform and we are confident that it will yield the desired results,” he hoped.

Murad Ismail, President of the Quetta Regional Cricket Association, offered his wholehearted support to Quetta Gladiators in this venture, promising total cooperation in achieving the mutual objective of putting Balochistan on the cricket map.

Shariq Hasib Khan, a senior bureaucrat having headed the cricket bodies in Balochistan, announced holding an Inter-Schools Cricket Tournament in Quetta during the month of October in which a total of 24 outfits will be taking part.
readmore »»