Mohammad Yousuf, a former world champion, will finally undertake a visit in the capacity of a coach as he has been assigned the task of accompanying the Pakistani cueists in the upcoming Asian Junior Snooker Championship to be staged in Mohali, India, in April. 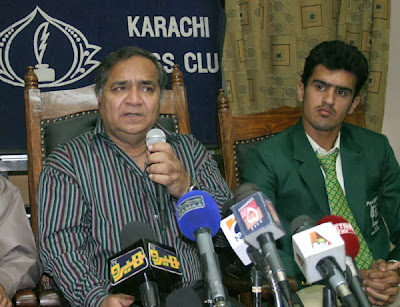 The first Pakistani to win the World Snooker Championship in 1994, Yousuf also had a stint with the junior cueists at home but this would be first assignment abroad in the capacity of a coach..

He is arguably the greatest cueist to be produced by the country, having also annexed the Asian Championship as well as the World Seniors Championship.

The 62-year-old master craftsman, who is still playing in the national circuit, has been residing in Rawalpindi for the last few years where he is coaching young cueists at the Dolphin Snooker Club, rated as one of the best and the largest snooker clubs of Pakistan

His appointment as coach for the continental event was confirmed by Alamgir Anwar Shaikh, President, Pakistan Billiards & Snooker Association (PBSA), in a recent interview.

“Yousuf has not only been appointed the commandant of the camp for the national junior squad but he will also be accompanying the boys when they cross the border to lock horns with the best young talent of the continent,” the PBSA President stated, adding that the quartet of Mohammad Majid Ali, Haris Nadeem, Hamza Akbar and Mohammad Faheem will benefit a lot by the guidance of Yousuf. 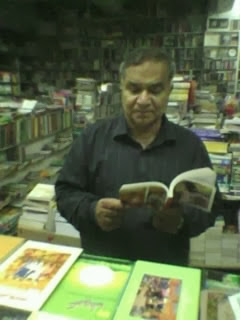 “Since the government has still not released our funds, having become long overdue, we have decided to send our contingent to India by road, instead of taking the aerial route, in order to curtail the costs. They will enter into India from the Wagah border from where they will be transported to Mohali by the hosts,” the PBSA President disclosed.

“We have spoken to Yousuf and he has agreed to coach the junior squad in the training camp to be held in Faisalabad next month besides travelling with them to India for the Asian Championship,” Alamgir Shaikh added.

“Yousuf has been an outstanding cueist all along. His coaching will certainly help our youngsters in improving their skills,” the Pakistan snooker chief reckoned.

The PBSA President further revealed that Majid Ali, Haris Nadeem, Hamza Akbar and Mohammad Faheem, who were the semifinalists of the recently held Jubilee Insurance 6th National Junior Under-21 Snooker Championship 2014 in Karachi, will be participating in all the four national ranking tournaments of the current year.

“The youngsters are our future. We have taken the responsibility of grooming them. We are leaving no stone unturned in facilitating them. We desire to give them maximum possible exposure of competitive snooker to let them find a foothold in the arena. That’s why we have allowed them to take part in every ranking tournament at the national level,” Alamgir Shaikh concluded.
readmore »»