The Federal Sports Ministry, according to the directives of Prime Minister Syed Yousuf Raza Gilani, launches the ‘From battlefield to sports field’ programme by starting an Inter-Schools and Inter-Collegiate Badminton and Table Tennis championships for girls in Islamabad on May 12. 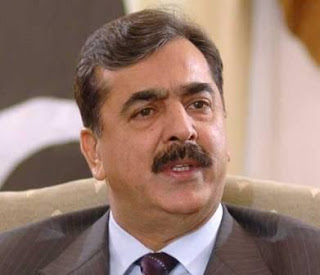 Federal Sports Minister, Mir Ijaz Hussain Jakhrani, had announced the details during a media briefing at the National Sports Training & Coaching Centre (NSTCC) in Karachi, having stated that the twin championships will be staged at the Pakistan Sports Complex in Islamabad from May 12 to 14.

The focus in the question-answer session shifted to the affairs of the Pakistan Cricket Board (PCB) but the Federal Minister took his time in explaining the salient features of the Prime Minister’s programme that was his basic objective of speaking to the media for the first time after having taken over from Pir Syed Aftab Hussain Shah Jilani quite a few months ago.

“This is just the beginning of the programme in pursuance of the Prime Minister’s directives to revive the sports activities at grassroots level specially involving the educational institutions. After this Islamabad event we plan to take it to the provinces from July 1,” Ijaz Jakhrani disclosed.

“Initially we are holding competitions in badminton and table tennis only at Islamabad but we will be adding more games as we move on to the provinces and the tournaments will also be held for boys,” he added.

“Badminton and table tennis have been picked up at first stage for kick-off sports activities owing to their awfully poor performance in last South Asian Games. The government as well as the private schools and colleges are taking part in the three-day event with the winnings teams and outstanding individual players to be presented cash prizes and trophies,” Ijaz Jakhrani said.

The Federal Minister was of the opinion that the Ministries of Sports and Education needed to work jointly to attain the mutual objective of promoting sports in the educational institutions. 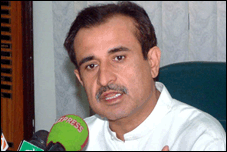 “In our programme we have taken on board the educational institutions, Higher Education Commission (HEC) and sports associations. We have identified that more than fifty percent talent lies with female segment of our population particularly in schools and colleges,” he reckoned.

“We also intend to attract and involve the corporate sector for sponsoring these activities. We desire to complement the national sports federations by facilitating a larger pool of players to be groomed for future,” he explained.

Talking about the second stage of the programme, Anis-ul-Hasnain Musavi, Secretary Sports, Government of Pakistan, added that the competitions will be held in athletics and football, besides badminton and table tennis, at the provincial headquarters.

He also announced that the Federal Ministry of Sports would be holding Youth Summer Training Camps in nine different disciplines starting from June 1. The PSB Centre in Karachi would be hosting the camps of table tennis, badminton, athletics and boxing while the camps of boxing, athletics, badminton and weightlifting will be held in Lahore.

“Peshawar will be the venue of the camps of squash, table tennis and athletics while Quetta will host karate, wushu, football and boxing and Islamabad to stage the camps of table tennis, badminton, athletics and football,” the Federal Sports Secretary revealed.
readmore »»