I did have the honour of interacting with the legendary cricket commentator-turned diplomat, Jamsheed Marker, on a few occasions in the past but my first-ever one-to-one meeting with him took place on November 29, 2011. 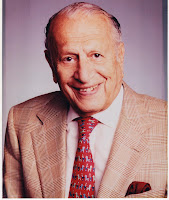 Although he has quietly celebrated his 89th birthday a week ago he’s still full of energy and he has a very sharp memory. He keeps himself busy all day in scholastic activities. He hasn’t lost the passion to walk daily, despite problems in his back, which restrict his movement otherwise.

It was more of a privilege than just pleasure having shared views with him for over an hour at his Bath Island residence in Karachi. The beautiful house itself holds a place in history for it was constructed way back in 1865. It’s the home built by his grandfather.

There is a hardly any mention of cricket in his autobiography ‘Quiet Diplomacy’ a copy of which he was kind enough to sign for me but Jamshed Marker continues to have a love affair with sport that had made him a household name in the 1950s and 1960s.

The great Omar Kureishi, with whom he had formed a formidable duo, used to describe cricket as his first love. It doesn’t seem much different to Jamsheed Marker, who has remained a keen follower of the game all along.

Jamsheed Marker and Omer Kureishi, both of whom were buddies, were credited to have made radio commentary an art. They ruled the hearts of the cricket enthusiasts with their voice and depth of knowledge.

While Omer Kureishi continued to do cricket commentary for a long time, Jamsheed Marker had to abandon doing it at the start of his diplomatic career in 1965 when he was posted as Pakistan's ambassador to Ghana. And what a career he has had. Truly fabulous to say the least!

He is listed in the Guinness Book of Records as having been ambassador to more countries than any other person. After Ghana he represented Pakistan in Romania, Bulgaria, USSR, Finland, Canada, Guyana, Trinidad and Tobago, East Germany, Iceland, Japan, West Germany, France, the United States and finally the United Nations in New York City. He served as Ambassador of Pakistan continually for 30 years, in 10 different capitals, and nine further concurrent accreditation.

Prime Minister Shaukat Aziz appointed Jamsheed Marker as ambassador-at-large for his years of service in September 2004 while he was awarded an honorary doctorate by Forman Christian College University, Lahore, in June 2011.

He has been acclaimed as one of the most respected diplomats on the international circuit. He had a long and colorful innings as a diplomat following a brilliant stint as a cricket commentator.

Interestingly, during the majority of years in his long diplomatic career, he was posted in countries where cricket wasn’t the number one sport.

He has fond memories of a reunion with the Pakistan cricket team, with Omer Kureishi being manager, when they toured England in the summer of 1974. He vividly remembers watching the Lord’s Test with his great friend.