Prof Ejaz Ahmed Farooqui, one of the most learned personalities to have taken to the field of cricket administration, firmly believes that Pakistan’s recent triumph in the ICC World Twenty20 in England will go a long way in the further development of the sport in the country. 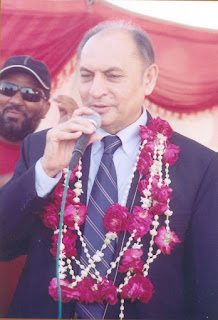 “The nation desperately needed this kind of boost to revive our fortunes. The general feeling was that of disappointment and despair whenever breaking news appeared on the television channels. We were very reluctant to open the pages of the newspapers in the morning for the fear of coming across yet another heart-breaking headline. This has all changed in a matter of a few days and the mood of the nation looks positive now thanks to the accomplishment of our cricketers,” Prof Ejaz Farooqui, Chairman, Karachi City Cricket Association (KCCA), Zone II, remarked in an exclusive interview.

He agreed that the youth in particular would be the major beneficiary of the conquest of the national team against the heaviest of odds.

“Now the feeling among the youngsters all over the country is that they are the world champions. I think that the spirit will remain the same until the next couple of years at least when the next World Cup or the ICC Twenty20 would be staged in 2011,” Prof Ejaz Farooqui reckoned.

“Already things are getting in motion at every level with more and more cricket tournaments being planned. Another notable change is the increase in the attendance in the local events. Now the organizers appear more passionate than ever before to set the ball rolling,” he said.

“The body language of even the club cricketers has changed. They are also enjoying the moment. They are demonstrating greater self belief. That’s why I say that this World Cup win is well and truly motivational for our youngsters in particular,” Prof Ejaz Farooqui emphasized.

He complimented the various institutions to have recognized the national team warmly upon their return home.

“The heroes deserve to be acknowledged and admired. Our cricketers have made the entire nation proud with their sensational performance. We are a lively nation and we know how to treasure the moment,” he remarked.

“The mood was terrific throughout the tournament and we were confident that something extraordinary was round the corner because our team had peaked at the right time after having endured the early hassles. We anticipated the boys to come good in the final at Lord’s although Sri Lanka looked the stronger outfit and they had also beaten Pakistan in an earlier game,” he recalled. 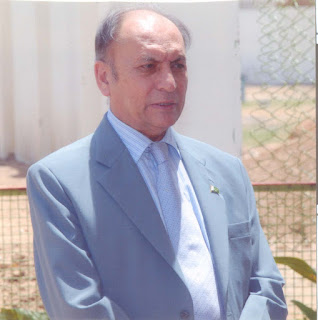 “Like quite a few other places in the country, we had set up a giant screen at the Arts Council of Pakistan where the final was being televised live and the atmosphere was electric. We thought ourselves of being at Lord’s cheering for our national team. It was a memorable evening,” Prof Ejaz Farooqui, who is also the Honorary Treasurer of the Arts Council, added.

“We celebrated the victory rather emotionally and we carried a procession from Arts Council to Karachi Press Club where we disembarked after sharing our joys with the media professionals the very next day. These were the moments to cherish,” he concluded.

Grand Master Mohammad Ashraf Tai, having a great following all over the world, has received serious burns injuries when his house, located in the Old Exhibition area of Karachi, was recently gutted due to short-circuiting. 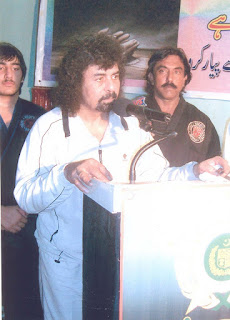 Ashraf Tai, a martial art icon, disclosed that all his belongings at the house were completely destroyed by the fire that also caused injuries to him and his family.
“The only thing we could save, besides our lives, was the dress we were wearing. Everything else was reduced into ashes within no time. It’s the most horrible accident in my lifetime,” the Grand Master of karate remarked.

“Thanks God I was spared of a fatal injury. It could have been much more serious the manner in which the flames were engulfing everything. The fire caused injuries to my legs as the lower portion has been burnt needing a dressing on daily basis,” he added.

“The sports fraternity has reacted promptly and they have come to my relief in my hour of need. I am particularly grateful to the authorities at the ANF for having helped me financially as well,” Ashraf Tai, a recipient of the prestigious Pride of Performance Award, acknowledged.

The Anti-Narcotics Force (ANF) has donated Rs 50,000 as their contribution for the rehabilitation of the Grand Master.

It remains to be seen if he’s provided the much-needed support from the government or not. He has dedicated his life for the promotion of martial arts, having become a symbol of hope to the people. He’s one of the most revered personalities of the sporting area and he rich deserves to be taken care of by the concerned departments of the government. 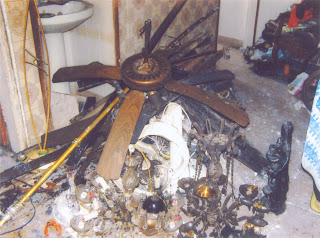 He has temporarily moved to an apartment in the vicinity of the area where the Headquarters of the famed Tai’s Karate Centre is housed. His students are trying their level best to ensure his comfort but obviously he needs greater help from the powers that be to resettle.One of the major problems he’s faced with is the communication. Since he is now staying in an apartment located in the basement, his cell phones don’t always get connected due to the lack of signals and he doesn’t have the facility of a landline yet in the premises he has shifted to.

“Indeed the communication has become a hassle of late and the people trying to contact me are finding it difficult to access my number. I urge my friends, students and patrons to be a little patient. Please bear with me. I am grateful to all of them for having granted me so much courage,” the Grand Master responded.

Grand Master Ashraf Tai has proved once more that he is a man of courage and fortitude, having the nerves of steel. He was back at the Headquarters of the Tai Karate Centre just a couple of days after having received the injuries. 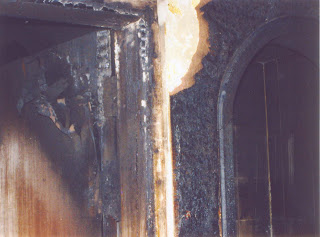 His reappearance at the Centre provided mighty relief to his large number of students who had been worried for him after learning about the accident. He was very much there in the ANF Championship organized with typical fanfare at the Tai’s Karate Centre.