History and odds favoured Sri Lanka when they took the field against India in the final of the 10th Asia Cup 2010 in Dambulla on March 24. But for a change the Indians, known to be the chokers at the last hurdle, found their fancied opponents playing that role and handing them over the trophy for the first time in 15 years. 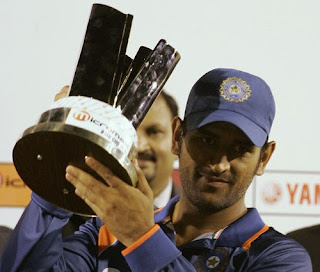 It was one of those rare matches which India managed to win without being in total control. Generally they have had the habit of throwing it away from position of strength but this time they emerged triumphant more because of the follies of their rivals.

It’s not often these days to find a team batting first adding only 55 runs to its total in the last 10 overs of an innings in a limited overs contest. Even the likes of Ireland, Zimbabwe, Scotland and Bangladesh would be expected to collect more runs if they reach the 40-over mark with only four wickets down.

The Indians have had this tendency of not making the most of the death overs for a long time but still getting less than run a ball in last 10 overs while losing only a couple of wickets in the bargain was something beyond imagination.

When you have Suresh Raina and Rohit Sharma out in the middle at the stage there’s likelihood of them taking the fight to the opposition. But it was really pathetic to watch them bat without purpose and that too in the final of a tournament.

May be the Indians were scared of the kind of collapse they had suffered in the previous game when they lost their last six wickets for 20 runs after being 189 for four but that should have been forgotten as soon as that nightmarish contest was over for them.

India, though, lived to the reputation of fumbling against run of play yet again. Dinesh Karthik, having played so well, was guilty of mistiming a full toss from part time leg-spinner Thilana Kandamby and getting caught near the deep mid-wicket fence by Mahela Jayawardene.

Kandamby, having not taken any wicket in One-day Internationals before, could hardly believe his luck when he had the well-set Mahendra Singh Dhoni plucked brilliantly at point. It could have been match defining moments. 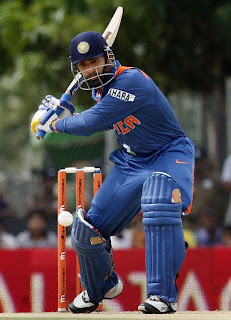 Earlier the run out of Gautam Gambhir going for third run was a shame. Yet again he was guilty of strolling in the middle when he should have actually sprinted. It’s amazing how he gets away with it in the team meetings because his act of walking leisurely in the process of completing runs is something that can’t be tolerated at the international level.

India’s eventual total of 268 appeared far too short on a pitch where batting wasn’t a difficult proposition but thanks to the Sri Lankan top-order the target became out of reach and the rest was a mere formality.

Dhoni, whose team had succumbed in not too different fashion in the Asia Cup final against Sri Lanka at National Stadium, Karachi, a couple of years ago, was the relieved man this time.
readmore »»