Sehwag out of World Twenty20 once more 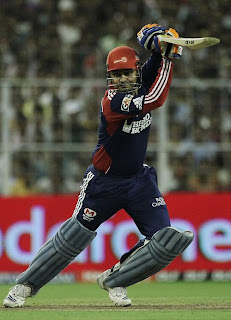 Easily the most destructive batsman in every format of the game, Virender Sehwag will be missing the Twenty20 World Cup for the second year running. According to the reports the explosive Indian opener has suffered a shoulder injury, which has ruled him out of the ICC World Twenty20 beginning in the West Indies on April 30.

The Board of Control for Cricket in India (BCCI), preoccupied of late with the crisis in the Indian Premier League (IPL), has announced that Sehwag has been advised rest for three to four weeks and has been replaced by Tamil Nadu batsman Murali Vijay in the 15-man squad with Gautam Gambhir being made the vice-captain.

There was no mention, however, in the BCCI statement about the details of the latest injury sustained by Sehwag having played all 14 IPL-3 league matches for Delhi Daredevils.

Sehwag wasn’t at his best in the IPL-3 having scored only 356 runs at an average of 25. His last appearance in the IPL was on April 18 as his team failed to make it to the semifinals. Since he was deemed fit when included in the World Twenty20 squad the injury must have occurred during the course of the IPL-3.

Sehwag was unable to play for India in the ICC World Twenty20 last year because he had sustained a shoulder injury during the IPL-2 in South Africa, shortly before the World Twenty20 was due to begin.

He had accompanied the national the squad to England but was not able to play a game. His absence was not felt in the first round where India, the defending champions, thrashed their rivals convincingly but he was missed in the second round where India lost all three matches to get themselves were eliminated.

Murali Vijay, who has been in spectacular form in the IPL-3, has been chosen as Sehwag’s replacement for the upcoming event but the hugely talented youngster, who has also been India's back-up opener for Tests as well as ODIs in the recent past, could find it very hard to smash the bowlers at the international level.

There’s a feeling that Robin Uthappa, who played for India in the inaugural ICC World Twenty20 in South Africa in 2007, would have been a better choice than Vijay. But then Uthappa has been playing in the middle-order for the Royal Challengers Bangalore that might have prompted the selectors to go for a specialist opener in Vijay. 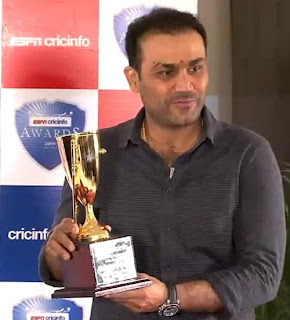 It doesn’t really matter if Vijay plays or Uthappa was included in his place because India would always be missing Sehwag because he possesses the ability to win the match on his own.

With Sachin Tendulkar unwilling to represent the country in the Twenty20 games India could well be short of experience once more and they might face the prospects of returning empty handed once more from the Caribbean.

Although the slow and low pitches in the West Indies are understood to be to the liking of the Indians but they might never be able forget the nightmare of the 2007 World Cup when they had failed to qualify for the second round. readmore »»