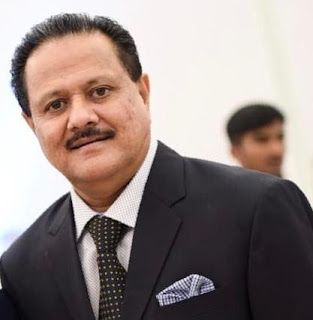 Karachi, one of the two major cricket nurseries of the country, with Lahore being the other, has produced outstanding cricketers in large numbers since the creation of Pakistan. Club cricket used to be the backbone of the whole system as it provided the initial platform for the promising youngsters.

Muhammad Ali Jafri, who was a cricket scorer, had founded the club as its Secretary while Muhammad Rafiq was its first President. It still retained its original name when I joined the club, as a school student, in 1976. It was about a couple of years later when the name of the club was changed, probably because the majority of its members were residents of the famous Jahangir Road. 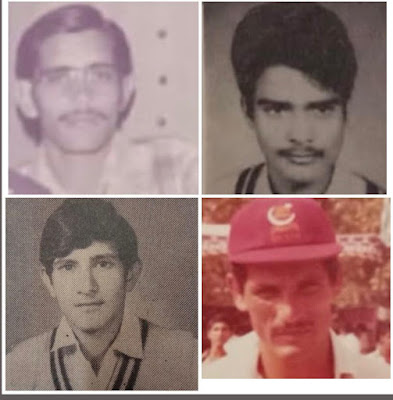 Muhammad Ali Jafri, whom I have always revered as my mentor, was the moving force behind the club which was the first love for him. He was an enthusiastic and lively gentleman who cared for the cricketers and left no stone unturned in promoting them. Sadly he has passed away a few years ago. I have had a feeling all along that the Jahangir West CC trio of Naeem Ahmed, Anwar-ul-Haq and Nasir Shah could have played for Pakistan, if he had not moved to Sharjah for greener pastures in 1980.

His younger brother, Ali Anwar Jafri, is also a well-known person in cricket circles, having been associated with the Cricketer Benefit Fund Series (CBFS) in Sharjah where he has also been running his business of A J Sports.

Having played for Jahangir West CC for such a long time, I have had fond memories of it. The proudest moment for the club was winning the second edition of the Nazimabad Super Cup, the iconic tournament which is believed to have laid the foundation of Twenty20 cricket. I played my bit in bringing home the trophy, having been declared the best bowler of the tournament after capturing 13 wickets with my leg-spin. 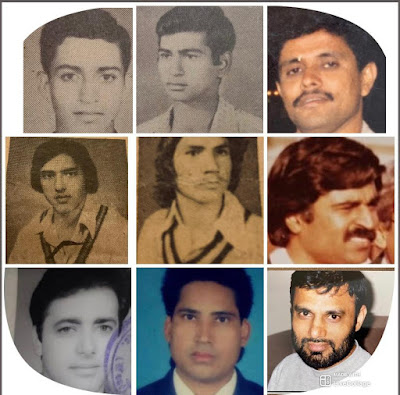 The first captain of the club was Ali Javed but Naeem Ahmed and Anwar-ul-Haq led it for a long time in the subsequent years. I also had the opportunity of captaining the club for a few years during the absence of our senior players.

Our skipper Naeem Ahmed was the best all-rounder in my estimation at the club level. He was a cool right-handed batsman who was an expert in finishing off the game. Everyone knew about his ability as a left-arm spinner but he made the mistake of his lifetime by quitting National Bank for joining PIA. In his absence, Iqbal Qasim got the break at National Bank and emerged as the leading wicket-taker of the season which earned him Test cap right away and the rest is history.

Anwar-ul-Haq, a solid opening batsman, scored heavily and consistently at the club as well as the first-class levels but was really unfortunately not to have played for Pakistan during an era when a few of lesser skilled batters than him made the cut.

Nasir Shah, a stylish and elegant left-handed opening batsman, who captained Karachi besides playing for UBL, also came close to winning the Pakistan cap while the hard-hitting Humayun Sumar had a reputation of blasting the bowlers all over the park and bringing early end to matches when he got going.

Jamil Zaidi, currently the manager of Oman’s cricket team, was a talented wicketkeeper-batsman who scored tons of runs for Jahangir West CC. He made the mistake of leaving the country when at the peak of his career. Asif Shah, an explosive all-rounder, also chose to move to Oman, a mistake which I also committed and eventually missed the chances of playing at home, after having debuted for Pak PWD and Karachi as a top order batsman.

Ahad Masood, affectionately called Bobby, was an accomplished batsman who also captained Pak PWD. Possessing incredible knowledge about the game, he has remained my best friend since playing days.

Shahid Ahmed was a bowling all-rounder. A handy off-spinner, he contributed vital runs down the order besides being an athletic fielder. Raza Khan used to be the spearhead of our bowling attack and he took wickets regularly.

Ishtiaq Ahmed, who also scored heavily for Karachi, was one of our premier batsmen while Shahid Pervez, who represented UBL and was also named Pakistan’s 12th man in a Test match, was another brilliant all-rounder. Mazhar Alam was another fine all-rounder but his potential remained unfulfilled.
readmore »»