The Mind Sports Association of Pakistan (MSAP) has moved a step forward by having signed an agreement with the Pakistan Chess Players Association (PCPA) on August 20 to carry out their mutual objective of further development of the mind sport in the country. 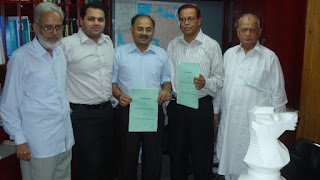 As a result of the agreement, the MSAP and PCPA will now join hands in particular for the Inter-Collegiate venture besides carrying out other chess promotional events from time to time.

The agreement has been signed initially for a period of three years and thereafter it could be extended to tenure of three more years with mutual consent.

The MSAP has recognized the PCPA being, founded last August, as a national body of the top chess players and organizers.

The PCPA, on its part, has agreed to unconditionally place their resources at the disposal of the MSAP, having reaffirmed its commitment by signing the agreement. It has been clarified that separate Memorandums of Understanding (MOU) will be signed specific between MSAP and PCPA for future events.

Tariq Rasheed Khan, Director, MSAP, described the signing of agreement with the PCPA as a big step towards the further promotion of chess in the country. 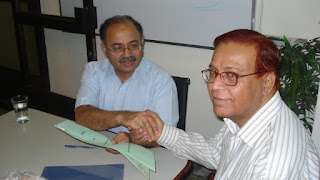 “The longest of journeys commence with the first step. We are delighted to have on board the active chess players and organizers who could really make things happen on a fast track,” he reckoned.

Shahzad Mirza, one of the only two International Masters of chess in Pakistan, also believed that the MSAP support for the PCPA would be hugely beneficial in generating more activities from the grassroots level.

“The PCPA has come alive with this agreement. This was the impetus we needed to make our presence felt on the scene in a big way. Our joint efforts would certainly help in raising the standard of chess in Pakistan that’s very much on top in the list of our priorities,” he added.

The agreement between the MSAP and the PCPA augurs very well for the future of mind sports in general and chess in particular. Together they can certainly take the game to another level.

It’s indeed a pity that like many other sports, chess has also suffered due to the politicking by the national federation whose officials have actually done more harm to the game instead of having contributed anything for its development. 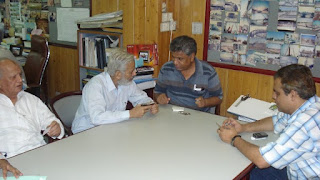 The emergence of the MSAP last year was a blessing as they arrived on the scene with some concrete plans and more importantly the idea was to ‘give’ rather than ‘take’ anything away from it.

Bridge and scrabble are the other two games being promoted by the MSAP who are fortunate to be having visionary leaders like Khurshid Hadi and Tariq Rasheed Khan. Both these gentlemen are from the sport of bridge but they are equally interested in promoting chess and scrabble.