Yes the Pakistan cricket has come to a stage where even the postponement of the tour to Bangladesh is hurting. In normal circumstances it wouldn’t have mattered much but as things stand today it means more agony. 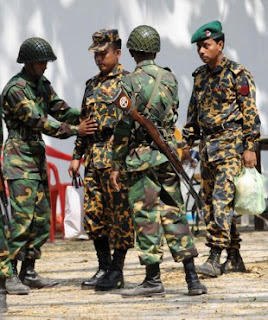 Pakistan have played so little international cricket of late that the upcoming tour of Bangladesh was being regarded as quite an event. It had assumed even greater significance after the home series against Sri Lanka had to be called off in tragic circumstances.

But as it turned out the cricket authorities in Bangladesh have expressed their inability to host the series against Pakistan in immediate future due to the security concerns in their country.

Pakistan were originally scheduled to play two Twenty20 internationals and five ODIs between March 10 and March 22. The Bangladesh Cricket Board (BCB) had initially desired postponing the event for a few weeks but they finally made the announcement on March 17 ruling out the series indefinitely.

Although officially the tour has been postponed not cancelled and hints have been dropped by the BCB officials for the series to take place but Pakistan have reasons to feel disappointed because they desperately needed the Bangladesh series at this point of time.

Pakistan would not have netted any astronomical profits from the tour of Bangladesh. Neither would have their rankings improved much even if they had whitewashed the hosts. It was more about taking the field.

Pakistan are short of international cricket. They are desirous of play matches to keep the cricketers engaged in competitive games. The people in general in Pakistan are crazy about cricket that has more entertainment value than any other thing.

Obviously people in Pakistan have been saddened by the events that took place in the Sri Lankan series. The attack on the visiting cricketers was the last thing the Pakistanis wanted to see. Unfortunately the Sri Lankan cricketers came under fire and everybody forgot about the game for the time being.

The tour to Bangladesh would have been helpful in reviving the Pakistan cricket. Skipper Younis Khan has not minced words in stating that the indefinite postponement of the tour to Bangladesh will harm his team's growth in general and affect preparations for the ODI series against Australia next month in particular. 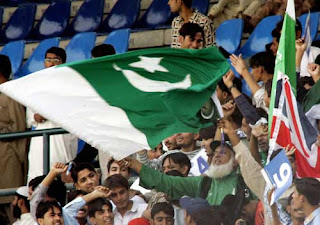 "The decision has deprived us of some valuable cricket once again. It is a great setback especially when we needed practice for the Australia series. We had some newcomers in the team for Bangladesh whom we wanted to try out before that but now that the tour is off we have lost that opportunity and it is demoralising for a captain. Our team is unfortunately very short on cricket and if mishaps like this happen, our performance will decline in important series," Younis Khan was quoted as saying.

"We have suffered a lot from tour cancellations, mainly the India and Australia series, so we badly need cricket. I hope we get some good cricket later in the year," he hoped.

Pakistan’s next assignment is to take on Australia in five ODIs and one Twenty20 International in Dubai and Abu Dhabi between April 22 and May 7. Then they have to undertake a tour of England to participate in the Twenty20 World Cup during the month of June.