The Chancellor of Sir Syed University of Engineering and Technology (SSUET), Engr Z A Nizami, has renewed the pledge that all the talented sports persons will be supported and patronised by the institution in order to breed healthy competition in the society. 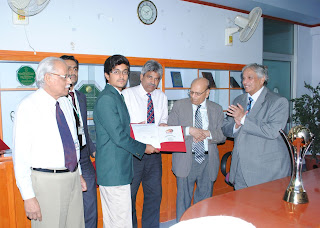 He was speaking at a reception in the honour of the SSUET cricket team which finished runners-up in the recently held Red Bull Tri-nation Cricket Championship in Sri Lanka besides having clinched the national Inter-Varsities title.

The SSUET had qualified for the Sri Lankan event by winning the National Inter-Varsities championship.

“We would like our students to excel in the fields of education as well as sports. We facilitate them to let them display their talent in extra-curricular activities,” Engr Nizami remarked in his brief speech.

Former Test cricketer, Salahuddin Ahmed Sallu, who was the chief guest in the ceremony, observed that the outstanding athletes should be provided special assistance and facilities to pursue their education while unfolding their talents in the field of sports.

“The students should also pay due attention to their studies in order to succeed in their future life. The curriculum should be designed in such a manner that allowed them sufficient time in the playgrounds,” Salahuddin, who has also been chairman of the national selection committee, urged.

He lauded the role of the SSUET, named after the visionary leader Sir Syed Ahmed Khan, in promoting sports alongwith education and congratulated their team for the good show in the Saarc event and for winning the national Inter-Varsities title.

“It’s a collective responsibility to have a kind of environment where we could produce dashing students, active athletes and above all good human beings,” he added. Chancellor Nizami and Salahuddin later distributed certificates of financial assistance among the members of the winning team.
readmore »»