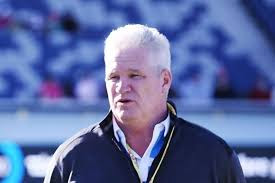 The International Cricket Council (ICC) has expressed sadness at the passing of former Australian Test batsman Dean Jones, at the age of 59, in Mumbai on September 24.
“We are extremely sad to hear of Dean’s sudden death and I would like to extend our deep condolences to his family and friends on behalf of the ICC,” Manu Sawhney, Chief Executive, ICC, said in a statement.
“Dean was a prolific batter playing in 52 Tests and 164 ODIs and was part of the 1987 Australia team who won the ICC Men’s Cricket World Cup. He had a significant impact on the game of cricket as a player, as an advocate for the development of the sport as a coach and latterly in his role as a broadcaster. He will be sorely missed by all those in the cricket family,” the ICC chief added.
An attacking batter, the Victorian featured in 52 Tests, making 3631 runs at an average of 46.55. In 164 ODIs, he made 6068 runs, at 44.61, with seven hundreds and 46 fifties. He was a part of Australia's winning team in the 1987 ICC Men's Cricket World Cup, hosted jointly by Pakistan and India, and remains number five on the all-time MRF Tyres ICC Men’s Batting Rankings in the format.
One of his most memorable Test innings came in 1986, when in the heat and humidity of Chennai, he battled exhaustion and illness to make a heroic 210 in what would be only the second tied Test ever. He had retired from international cricket in 1994 and went on to become a coach and more recently a broadcaster commentating on cricket around the world.
readmore »» 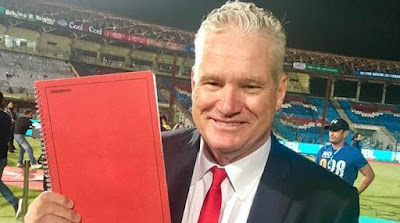 Former Australian batting great Dean Jones, having become one of the characters of the game in his later years because of his coaching and commentating stints, suffered a fatal cardiac arrest in the Indian city of Mumbai on September 24. He was 59.
Jones, affectionately known as Deano to his friends and colleagues, was in Mumbai as a part of the commentary team for the ongoing Indian Premier League (IPL) 2020, was reported to have suffered a massive heart attack around noon IST.
"It is with great sadness that we share the news of the passing away of Dean Mervyn Jones AM. He died of a sudden cardiac arrest. We express our deep condolences to his family and stand ready to support them in this difficult time," Star India confirmed his death through a statement.
He was recognized as one of the most explosive batsmen of his generation as his stroke-play was more suited to the shorter format of the game, making him one of the most valuable players in One-day Internationals. Jones also played 52 Tests besides 164 ODIs for Australia and his international career was cut short abruptly in mysterious circumstances, leading to speculations of various kinds.
His second innings in cricket arena was equally, if not more, successful as he excelled in the role of a commentator as well as a coach. He seemed to have become a kind of folk hero in South Asia with his continuous engagement in cricket activities in this part of the world. He was head coach of Karachi Kings in the last edition of the Pakistan Super League (PSL).
readmore »»