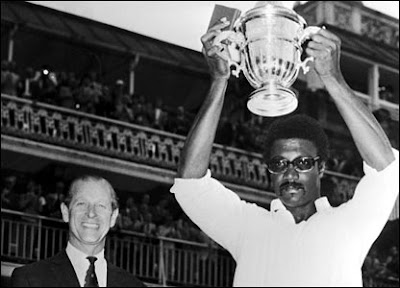 The statement of the legendary West Indian captain , who is currently heading ICC cricket committee, in which he has expressed his opinion that the ICL and IPL can co-exist, must have come as music to many ears.

It’s an open secret that some powerful ‘elements’ in the Board of Control for Cricket in India (BCCI), have made the Indian Cricket League (ICL) a life and death issue.

Since the BCCI has been in a position to dictate terms with the International Cricket Council (ICC) for the past few years, even the apex governing body of the game has not been able to make decisions on its own.

The BCCI attempted to dilute the ICL by launching their own brand by the name of the Indian Premier League (IPL). It was a master stroke to create a bigger league with all the ‘official’ resources but it didn’t look fair on their part to try to isolate another league that was also serving the interests of the Indian cricket.

It’s rumoured that Malcolm Speed, a former chief of the ICC, was in favour of a settlement with the ICL and it cost him the high profile job.

In these circumstances the statement of Clive Lloyd has come as breathe of fresh air. But it remains to be seen how the big bosses of the Indian cricket react to it.
The former West Indian captain has gone a step further by suggesting that similar leagues be launched in the Caribbean to boost the game in the region.

Lloyd, whose inspiring captaincy was instrumental in transforming the West Indies into a world-beating unit, believed that the leagues like the IPL and ICL need to be set up in his country to revive the sport in the region.

"Leagues similar to the IPL and ICL will not only bring young talented players in the national team but will also make their basics .The standard of domestic cricket is poor in the Caribbean and hence there is a need to bring in leagues like these. They would not only improve the standard of the game but will also help players become experienced at a young age," Lloyd was quoted as saying. 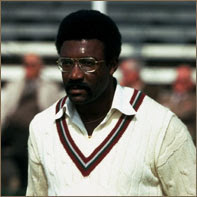 Lloyd, who led the West Indies to title wins in the World Cup in 1975 and 1979, has expressed the optimism that the country would be soon in a position to bring back the trophy after the success of the Stanford Superstars.

"The team has not won any major trophy for a long time and lacks consistency. But I am sure they will be back in form and will bring the WorldCup home in the Caribbean soon. Apart from the money, players will gain experience with the right people to guide them from Standford Twenty20 Super Series," the West Indian reckoned.

"We need to get to make young players to understand that it's just not about money. Money is there to be earned, but they need to learn the rudimentary elements of the game," he warned.