I don’t know what the New Zealanders were trying to prove in the third and final Twenty20 International against Pakistan at the AMI Stadium in Christchurch on December 30. 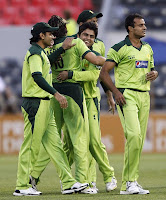 With the series already in their bag with resounding victories in the first couple of games all they needed was to get the basics right and complete a whitewash against their demoralized opponents.

Well experimentation does make sense if you face an embarrassment of riches like the Australians used to have a few years and the Indians have it today but doing it with marginal resources at one’s disposal is beyond imagination.

The New Zealand think-tank was also guilty of having taken Pakistan lightly on account of their performance in the previous two games. It’s never advisable to take Pakistan for granted even if they are fielding schoolboys.

New Zealand provided the opening to Pakistan and the result was a 103-run defeat for the home side which is quite shameful in any form of the game and more so in a Twenty20 contest.

John Wright, who had such a successful tenure as the coach of the Indian team, was also to be blamed for making what I would describe as senseless changes in the winning combination.

The Black Caps have had the history of distributing the prestigious ‘cap’ rather generously and that’s one of the reasons they have had to struggle in the international arena despite having plenty of talented guys in their possession.

Whether it was a blooper on part of their selectors or was it the ‘strategy’ of the team management they misfired in Christchurch and this may well prove to be yet another costly lapse.

While Pakistan have been famous for bringing about miracles with the thinnest of resources the New Zealanders have been infamous for losing the plot much too quickly and it remains to be seen if the home side would regroup before the Test matches and the One-day Internationals to follow.

Wright could also consider the debacle at the AMI Stadium as a wakeup call and there’s a possibility that he would refrain from making such an adventure at least against the unpredictable Pakistan side. 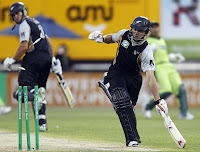 New Zealand have had terrible record in the recent past and they can’t afford any sort of experimentation with the World Cup just round the corner. Will they continue taking the chances to make the life even more miserable for themselves or will they rise to the occasion remains to be seen.

From the Pakistan’s point of view they would like their hosts to be more generous in providing them the opportunities. No matter how inexperienced or under-prepared they may be it’s never wise to write them off.

The fate of the Test series as well as the one-dayers would depend a lot on the pitches and weather as well. If the surfaces remain conducive to swing bowling it could be difficult for the visitors to dominate while it would be a different story altogether if the tracks are kept flat or grassless purposely.
readmore »»

Has Ponting played his last Test?

2010 has been a nightmarish year for Ricky Ponting and the end could not have been more traumatic. For all practical purposes he seems to have played his last Test match. It will be a miracle if he stages a comeback. 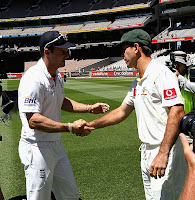 The Australians are not due to play their next series, following the Ashes, until August and there’s very little hope, if any, of the selectors persisting with him either as captain or even as an ordinary member of the side.

In many ways his injury has made the task easier for the Australian selectors who could have even gone on to the extent of dropping Ponting for the fifth and final Test against England in Sydney starting on January 2.

There’s a probability that Ponting might opt to call it a day after the conclusion of the Ashes. I think that it will make sense for him to announce his retirement instead of waiting to be axed. 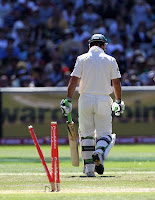 He has had a distinguished career and indeed it will be a pity if he’s dropped from the side he led with distinction for so long. He cannot lose sight of the fact, however, that everyone has to quit one day.

He cannot be held entirely responsible for the dip in the fortune of his team during the past six months or so but his own batting form has deserted him that should be enough to convince his mind to hang his boot after a very long outing in the international arena.

Ponting has not been able to recover from the mistake he made of batting first after winning the toss in the second Test against Pakistan earlier this year in England. Whether it was over-confidence or a tactical blunder it has cost him his career I reckon.

He has been let down by his teammates, particularly his premier performers, who have had an extended lean patch. Take the example of Mitchell Johnson and Michael Clarke who have been struggling to regain their top form. 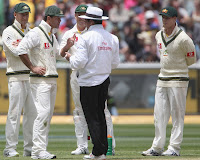 Ponting had to play far too well himself to cover up the follies of his colleagues. Unfortunately runs dried from his own blade and it was asking for too much from the ordinary mortals like Simon Katich and Shane Watson to carry the team on their shoulders.

Australia still have quite a few outstanding cricketers, both young and experienced, but they cannot be compared with the likes of Shane Warne, Glenn McGrath, Mattew Hayden and Adam Gilchrist all of whom retired during Ponting’s tenure as captain.
The record of Ponting of being the most successful Australian captain of all time, with 48 victories in 77 Tests, is likely to stand for a very long period. It’s hard to imagine anybody coming close to this mark.

Ponting has been a part of the Australian team in 99 Test victories which is another record unlikely to be bettered in future. He would have dearly liked to complete the century but its chances look negligible now.
readmore »»