"I think we played to 60% of our potential, whatever the reasons were. We have the potential to play much better."

This is the confession the Indian skipper, Mahendra Singh Dhoni, made during the media briefing at Nagpur after the conclusion of the third and final Test against New Zealand on the afternoon of November 23. 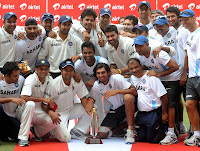 Obviously he didn’t elaborate for how could he have that authority where the Board is all powerful and the cricketers cannot be expected to cross limits.

I think this is just the tip of iceberg. He must have been under enormous because he was the leader of the top ranked Test team of the world which couldn’t beat one of the lowest ranked sides in two successive games.

There was no comparison between the two sides and as I have emphasized in my write-ups on this particular series India should have won all the three matches comprehensively. There was no way Daniel Vettori’s young and inexperienced outfit could have come to terms with the most potent and balanced Indian team of all time. 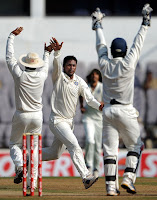 It was really childish of Dhoni to have blamed the pitches of Ahmedabad and Hyderabad. The fact of the matter appeared that his team didn’t have the desire to win those two matches. They could have easily wrapped up the issue in the same manner as they did at Nagpur.

It’s much better that he has admitted now that his team didn’t play to its potential in the earlier two Tests. It’s closer to reality. He could not have said further. It’s for the others to find out the reasons why Team India was not allowed to give its best.

Who’re the people responsible for the poor show of the Indians in two successive Test matches? Doesn’t it amount to playing around with the emotions of the people who follow the game so enthusiastically in anticipation of glories?

Can the Indian cricketers choose not to play to their potential on their own? A cricket board which ousted a man as powerful as Lalit Modi cannot be expected to be taken for a ride by the players. 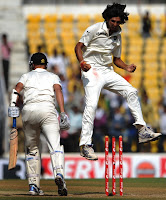 I don’t think the International Cricket Council (ICC) would have the courage to take up this matter although the matter could fall in the purview of its Anti-Corruption Unit if taken seriously.

But how can the ICC be expected to move when their commercial interests are linked to each and every cricket board. They can only protect the boards because they are their constituent bodies.

I have a feeling that Dhoni’s confession merits proble. Some agency or authority, not under the influence of the Board of Control for Cricket in India (BCCI), could take up the matter and find out who are the people behind this.

The affairs of the Indian Premier League (IPL) had come on the front pages of the eminent newspapers. I think this matter is much more grave in nature because the national team is involved. I hope someone looks into it for cleaning the sport.
readmore »»