As they say form is temporary and class is permanent. Not surprisingly the limelight on the opening day of the second edition of the high-profile Indian Premier League (IPL) was stolen by two of the greatest batsmen the world of cricket ever has seen. 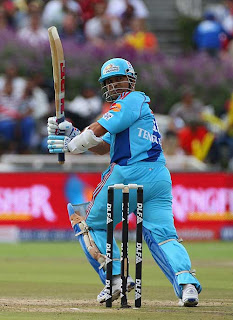 Yes it were Sachin Tendulkar and Rahul Dravid who engineered the triumphs for their respective sides. It was Twenty20 cricket but it went down to the skills and technique in conditions not ideal for batting.

Tendulkar and Dravid don’t feature in the scheme of things for India in Twenty20 Internationals, having given way to the young master blasters, but their knocks for Mumbai Indians and Bangalore Royal Challengers respectively could bring them back in contention.

Who says that people like Tendulkar and Dravid have become a thing of the past? If cricket is played in a challenging environment of South Africa or England they still have a defining role to play. The ordinary mortals with quicker legs may do the job on the docile tracks of India but it becomes a different ball game altogether if the technique is being tested.

The IPL 2 has got off to a cracking start despite the threats of rain. All the eight participating teams were seen in action on the first couple of days and there was explosive cricket at the Newlands in Cape Town. What a weekend it was for the South African enthusiasts who flocked in high numbers to watch the high-voltage games.

The sell-out crowd was treated to some breathtaking stroke-play, classic spin bowling and acrobatic fielding at the start of the five-week tournament moved out of India because of security concerns.

The organizers and spectators could not have desired for a more absorbing opening match as the legendary Tendulkar came up with another gem of a knock to lead Mumbai to a thrilling 19-run victory over Chennai. 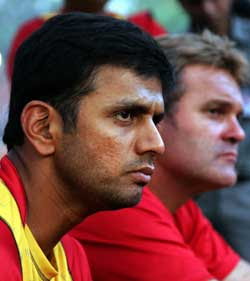 Tendulkar carried the bat 20 for his unbeaten 59 off 49 balls in conditions difficult for batting to help Mumbai Indians reach a competitive total of 165. The master batsman read the pitch extremely well and he executed his plans accordingly.

Tendulkar was in the thick of the things again as he led his team to the field to defend a not too formidable score particularly with so many big hitters in the ranks of the opponents. The field-setting and the bowling changes reflected his presence of mind that brought the last year’s runners-up under enormous pressure.

The pace duo of Lasith Malinga and Zaheer Khan was bang on target and the fall of wickets at regular intervals didn’t allow Chennai to get on top. Then came the spinning pair of Harbhajan Singh and Sanath Jayasuriya who brought all their loads of experience into play.

Skipper Mahendra Singh Dhoni kept Chennai’s hopes alive but he didn’t get the support and it was time for Mumbai to celebrate.

The change in leadership brought instant results for Bangalore Royal Challengers who were able to overwhelm the defending champions Rajasthan Royals by 75 runs. Kevin Pietersen, having taken over from Rahul Dravid, made all the difference in the attitude of the star-studded that had struggled last year.

Dravid, who passed the impression of being in the comfort zone in the company of the flamboyant Pietersen, batted beautifully in trying conditions to help his side post a fighting total.

Medium-pacer Dimitri Mascarenhas had put Rajasthan in the driving seat by taking two wickets in the very first over and the magician Shane Warne bowled superbly to contain Bangalore to 133.

Bangalore came up trumps while defending the total with the champion leg-spinner Anil Kumble claiming the most economic five-wicket haul in Twenty20s to complete the job for his side.

New Zealand’s left-arm spinner Daniel Vettori returned the excellent figures of three for 15 for Delhi Daredevils to restrict Kings XI Punjab to 104 for seven in 12 overs after rain delayed the start by more than an hour and a half.

The mercurial Indian opening pair of Virender Sehwag and Gautam Gambhir faced no problems whatsoever while chasing down the revised target of 54 in six overs. Skipper Sehwag finished the match with his fourth six in his blazing of 38 not out off 16 balls with his team winning by 10 wickets.

Deccan Chargers, who had finished at the bottom of the points table last year, got off to the best possible start when they downed the mighty Kolkata Knight Riders by eight wickets after the start to game had to be delayed by nearly an hour-and-a-half due to rain and a floodlight failure.

The four-wicket haul from left-arm fast bowler Rudra Pratap Singh sent the star-studded Kolkata crashing to 101 all out in 19.4 overs. Deccan lost a couple of wickets in the process of reaching the modest target with Herschelle Gibbs and Rohit Sharma finishing it off in style.