Test cricket at its best as Panesar, Anderson hang on

There could not have been a better Test match than the one between England and Australia at Cardiff in which the last pair of James Anderson and Monty Panesar displayed great composure while negotiating the final overs after Paul Collingwood and Graeme Swann had shown them the way. 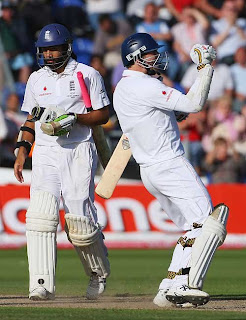 Who says that Test cricket is dead or a thing of the past? Twenty20 matches certainly provide entertainment to the spectators over a short period of time but the kind of excitement and tension that a classic Test match like the one at Cardiff offer is simply unparallel.

The Cardiff Test was a timely reminder to the movers and shakers of the game, who looked like being concerned at the future of the five-day games, to get single-minded and be assured that there’s no substitute of a Test match yet.

The trains have existed even after the success of the aircrafts. People have a choice now. There are folks who derive greater pleasure in traveling by trains, mind you not the bullet trains but the conventional ones, for commuting purposes.

The publishing industry has not collapsed after the advent of the internet. Neither has the newsmagazines closed down after the influx of e-magazines. Landline phone is still a more than useful mean for communication even though the market has been flooded by cell phones. 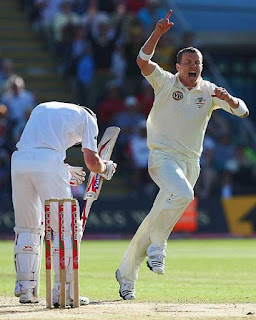 The Ashes 2009 could not have been to a more sensational start. After five days of absorbing cricket in which the fortunes fluctuated the end result was a just one I think. It was in the fitness of things that England managed to save the game after the rearguard action of their tail-enders.

Australia obviously looked the stronger team in the game but England’s refusal to give up spoke highly of their commitment and the fighting grit was commendable. Andrew Strauss may not be as inspirational leader like Mike Brearley or Michael Vaughan but he commands respect from his boys who stand right behind him.

The last couple of hours of the Cardiff Test will hang long in our memory with every defensive shot being cheered by the knowledgeable crowd. Trust me there were millions of cricket followers all over the world who remained glued to their television sets until Anderson and Panesar shook hands with the Australians to signal the end of the match.

Life has become fast they say. But ask Anderson, Panesar, members of the England cricket team and their large number of supporters. Each and every passing second was feeling like a century. The time had stopped, it looked like. The clocks had become rusty one thought. 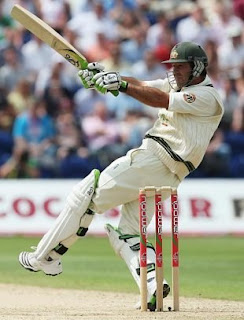 Not many people would have given England a chance of saving the Test once Collingwood, who had battled out for more than five hours, was removed from the scene. With the last pair in everyone thought it was all over for the hosts. It looked a matter of a few balls really how Panesar played the first couple of balls he faced.

But he grew in confidence and Anderson played as solidly as it was needed. They batted magnificently under pressure to deny Ricky Ponting the final wicket. The England tail-enders rose to the occasion, playing every ball on its merit. They cracked the loose ones too that allowed them to get nearer to safety. Their faces told the story. The tension was mounting but they were upto it.