The doyen of sports journalists in Pakistan, Gul Hameed Bhatti, while reviewing one of my books, had observed that it’s always better to have more than one option professionally. He was referring to my degree in civil engineering and my passion for writing which had brought into journalism. 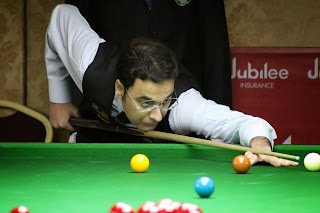 He was absolutely right. Having the luxury of choice is a blessing. You don’t feel like working and you never get tired when doing things that you actually love. Obviously it’s not always easy to get into that kind of position.

There have been very few athletes who have also excelled in academics which provided dual career options. Cricketers of the pedigree of Abdul Hafeez Kardar, Majid Khan, Imran Khan and Rameez Raja were also successful in securing degrees in higher education. 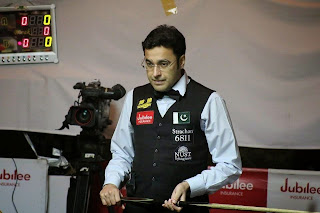 Shahram Changezi, a former national snooker champion, appears to be the first-ever top ranking cueist of the country, who has excelled in academic career as well.

He is currently representing Pakistan in the ongoing Jubilee Insurance 2nd Asian Team Event Snooker Championship 2014 being staged at Hotel Avari Towers in Karachi, is a rare breed of athletes having made it to the top while having pursued scholastic activities.

Born at Islamabad on April 3, 1983, he has been raised in the federal capital. He matriculated from the Islamabad College for Boys G-6/3 in 1990 while he did FSc from the Punjab College a couple of years later. He graduated in business administration at the Preston University in 2009 before doing masters, also in business administration, from the Quaid-e-Azam University, Islamabad, in 2011.

He has been employed at the headquarters of the prestigious National University of Sciences and Technology (NUST) as Admin and Protocol Officer since 2013.

Shahram Changezi had started playing snooker at the age of 15. He earned the Best Player of Punjab award at only 17 while he became the Punjab Cup champion in 2005 which paved the way for his entry in the national circuit.  It didn’t take him long to make his presence felt at the national level and he was crowned as the champion in 2007. He retained the title in 2008, the year which also saw him becoming the top ranked cueist of the country for the first time. He helped Pakistan win a bronze medal in the 2010 Asian Games in China. 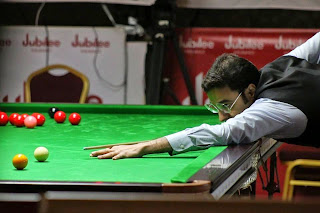 He remains the only Pakistani, besides the England-based Shaukat Ali, to have featured in the in the top 100 UK Order of Merit, having done it in 2011. He was Pakistan’s third ranked cueist in 2012.

Shahram Changezi’s academic career witnessed breaks to fuel his passion for snooker. He had taken a break from education from 2001 to 2004 and then again from 2009 to 2013. He took several years/semesters off in order to participate in the various snooker events.

He is still one of the best exponents of cue sports in the country and he has the fierce determination to earn more glories for the country. He has completed his education but engaged in a full-time job at a leading university might not allow him the kind of time he would have ideally liked to devote to the game.
readmore »»