The Pakistan Veterans Cricket Association (PVCA) has cancelled its upcoming tour to India amid escalating tensions between the South Asian neighbours. 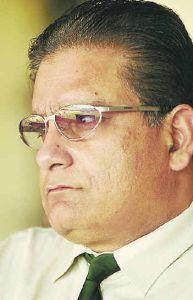 Fawad Ijaz Khan, Chairman, PVCA, has announced that, in view of the prevailing tense conditions at the Indo-Pak border, the series which was due to be held in India during the months of December 2016 and January 2017 stood cancelled.

“The PVCA had planned to send its Over-50 veterans squad to play four in the Indian state of Kerala from December 26 to January 3. The proposed tour included a couple of 50-overs-a-side contests besides as many Twenty20 games. We were going there upon the invitation from the Board of Veterans in India (BVI),” he disclosed.

“All the four matches were scheduled to be staged in Kerala which is the busiest centre of veteran cricket activities in India as they also organize the veteran league tournaments regularly,” he added.

The PVCA Chairman disclosed that the decision of cancelling the tour of India has been conveyed to the BVI.

The decision of the PVCA has come just a day after the Board of Control for Cricket in India (BCCI) had asked the International Cricket Council (ICC) to not place India and Pakistan in the same group during upcoming international events. The two teams are currently scheduled to play each other in the ICC Champions Trophy to be held next year in June in England.

Previously the BCCI had ruled out the possibility of an Indo-Pak bilateral series although as of late no proposal from either side was made for a bilateral series. There hasn’t been a complete bilateral series between the Asian cricketing giants since 2007-08. The BCCI statement seemed to have cemented the notion that they were unwilling to play a series with Pakistan in the foreseeable future.
readmore »»