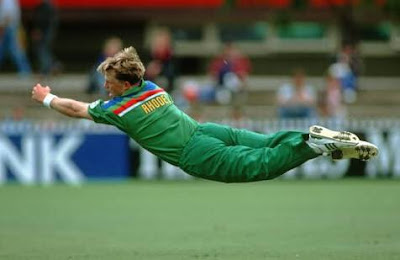 It had always been a spectacle to watch Jonty Rhodes in action. His acrobatic fielding and athletic sprinting made him one of the most sought after cricketers from South Africa after their readmission in international cricket in 1991.

Indeed time has flown, as the high-flying Rhodes tweeted on his 51st birthday on July 27, as he received congratulatory messages from his friends and well-wishers living in different parts of the planet.

"You not only redefined fielding in cricket but set standards that are hard to match even today. Happy birthday.my dear friend,” one of his illustrious contemporaries, Sachin Tendulkar of India, posted.

“Hard to believe another year has flown by! Seems my days of flying are not done,” Rhodes responded while thanking the Indian batting great.

Rhodes was also showered with such fascinating messages as ‘you are the only human being to have ever been found flying on the cricket field’ and ‘you are the inventor of Fielding in modern cricket.”

Born on July 27, 1969, Rhodes has been regarded as one of the greatest fielders of all time and he was the first South African to take 100 catches in One-day Internationals. He is also remembered fondly for his reverse sweep shot which had brought him six delightful runs.
readmore »» 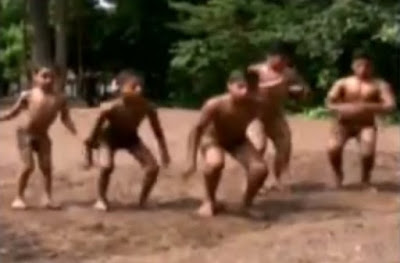 Five budding wrestlers of a family were working hard to bring laurels for Pakistan. Out of five, four are real brothers while fifth is their first cousin.

This quintet could be watched carrying out physical workouts and practicing wrestling techniques on daily basis at a muddy ground at a park of Lahore which has the distinction of producing a number of the country's famous wrestlers.

These budding wrestlers are engaged in their training in the morning and evening sessions while also continuing to pay attention towards their studies in the remaining time.

They are being trained by Farid Ali, a certified coach, and proud father of four budding wrestlers besides a nephew.

"These boys are very enthusiastic and passionate about wrestling. The eldest one already has the distinction of winning Pakistan Under-16 Championship,” Farid Ali disclosed.

In order to keep them physically strong and robust, these wrestlers eat the same kind of food which the local wrestlers do. They happen to take more of meat, dry and fresh fruits, nuts, milk and lassi while they avoid taking junk foods and cold drinks.
readmore »»