With the reluctance of the foreign teams to tour Pakistan on one pretext or the other, the Pakistan Cricket Board (PCB) has been left with no option but to stage their ‘home’ matches outside the country. 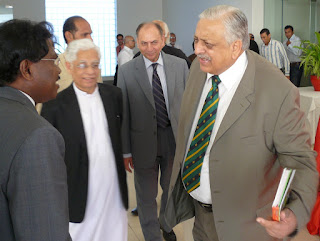 The Australians in particular had not been willing to play in Pakistan for quite a while now. In the same period many teams toured Pakistan and expressed their satisfaction with the conditions but the Aussies refused to budge an inch.

It was quite an effort on part of the PCB Chairman, Ijaz Butt, to have convinced the Australian cricket authorities to play the earlier postponed series against Pakistan. The Australians were originally due to tour Pakistan the previous season but they had expressed their inability to come to this part of the world.

It was during Ijaz Butt’s visit to Australia earlier this season when he persuaded the Cricket Australia (CA) to play the series of five One-day Internationals alongwith a Twenty20 International in the United Arab Emirates (UAE) during the months of April and May.

Ijaz Butt, having taken over as the chief of the PCB only a few months before his visit to Australia, did a commendable job because Pakistan was desperately short of international cricket in the recent past. In fact Pakistan had not played a single Test match in the year of 2008 at a time when every nation had a crowded calendar.

The home series against Sri Lanka was also an accomplishment of the present Board, after the Indians had cancelled their tour to Pakistan this winter.

It was a pity, however, that the Sri Lankan cricket team came under an attack at the fag end of their tour. They had played the series of three One-day Internationals as well as the first Test at the National Stadium, Karachi. It was during the second and final Test match at the Qaddafi Stadium, Lahore, when the bus carrying the visiting team was fired upon leading to immediate termination of the series.

The pressure was once more on the PCB as the foreign teams were unlikely to play in Pakistan in the near future. In fact the Australians were reportedly having second thoughts about playing the series against Pakistan in UAE.

It went to the credit of the PCB officials not to have allowed Australia run away. The PCB took the measures to ensure that the security arrangements for the matches in Dubai and Abu Dhabi were to the satisfaction of the Australians.

The additional security costs certainly hurt the PCB as it reduced their profits substantially but the shrewd handling of the financial affairs by their Honorary Treasurer, Mohammad Naeem, enabled them to stay afloat despite heavily burdened.

Mohammad Naeem, Honorary Treasurer, PCB, may be a man of few words but he’s believed to be having a proven record as a financial wizard. The Pakistan cricket needs his wisdom more at a time when the chips are downs and the revenues have dropped. 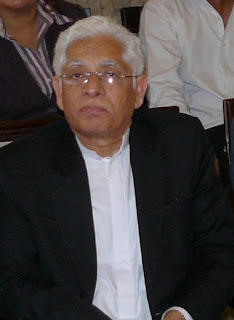 He has done a great service to the game of cricket by having stationed himself in the UAE for the period of time when the series was being played. His financial administration helped the PCB in saving some bucks.

The services of Mohammad Naeem will be needed for a few more offshore series because Pakistan may have to play host to quite a few ‘home’ matches abroad in the near future.

All in all the PCB has done a fabulous job by staging the series against Australia successfully in the UAE. There are a few indications that the PCB might be more interested in staging in staging their future games in the UAE than at any other neutral venue.