Will Waqar be able to deliver in chaotic environment? 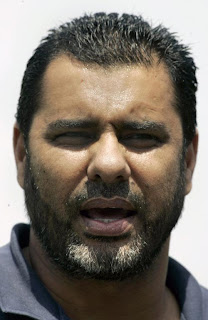 There is no doubt about the abilities of Waqar Younis whose toe-crushing yorkers are still remembered with awe. He was one of the greatest fast bowlers of his generation, having engineered innumerable triumphs for Pakistan.

He has also been blessed with communication skills that have enabled him to be in the game even after retirement. He has done commentary of international matches for various television networks. In fact he remains one of the very few former Pakistan cricketers who can express themselves comfortably in the English language.

Waqar was in the news of late as the front-runner for the job of the national coach. Now it has finally been confirmed that the mercurial fast bowlers of the 1990s has indeed been offered the assignment.

It’s quite extraordinary how things work in this part of the world. It’s all down to one person calling the shots in the organizations as huge as the Pakistan Cricket Board (PCB) that has rather been under the proprietorship of Ijaz Butt for nearly year and a half now.

Earlier there were reports, confirmed by the former Australian captain himself, that Greg Chappell was approached for having a coaching stint with the Pakistan team. Yet the PCB denied having contacted Chappell.

Well to an extent the clarification made sense as well because in all those reports it was mentioned that Wasim Bari, the so-called Chief Operating Officer (COO) of the PCB, had spoken to Chappell in this regard.

Obviously Wasim Bari is nobody when it comes to making decisions irrespective of the big portfolio he’s holding or the huge salary he is drawing. It’s Ijaz Butt holds the key in all matters.

Now since Ijaz Butt has confirmed about Waqar Younis being offered the contract one has to take it as official.

Reportedly has been offered a contract by Ijaz Butt to coach the Pakistan side until December 2011. Waqar, currently in Australia, has confirmed having received the contract. 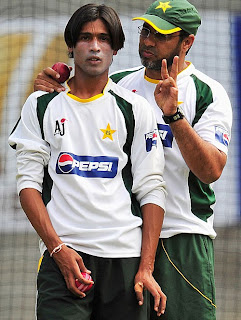 "I would like Waqar to join the Pakistan team. We are awaiting a reply as we have offered him to take over as our head coach," Ijaz Butt was quoted as saying.

I think it’s a matter of time for the former fast bowler to sign it. He must have held negotiations with Ijaz Butt before agreeing to become Pakistan's fourth coach in the last three years.

Waqar faces a very tough challenge because working in the present chaotic environment would be quite a task. Coaching a national team is something else. Becoming a personal servant to the boss is an entirely different proposition.

I am not sure if Waqar does possess the diplomatic skills of Wasim Bari, whom his critics also call as Wasim ‘Darbari’ a clear indication of the latter’s proficiency in blindly toeing the line of the boss.

Coming to terms with Ijaz Butt, notorious for unpredictability, might be a bigger issue for Waqar than coaching the boys. readmore »»