Seventh seed Mohammad Asif successfully defended his title by outsmarting fourth seeded Mohammad Bilal in the final of the eighth edition of NBP Ranking Snooker Championship 2016 at the NBP Sports Complex in Karachi on August 22. 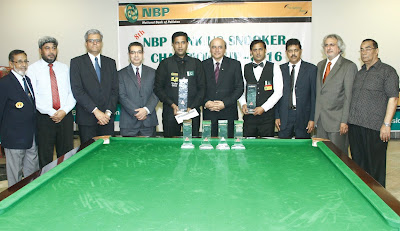 The enigmatic Asif succeeded in extending his winning record against the mercurial Bilal, who had looked impeccable in the earlier matches including the semifinals the other day.

Asif opened his account by pocketing the closely fought first frame. Bilal responded strongly by taking the next couple of frames, firing a break of 61 in the third frame. It was Asif all the way after that as he won the next five frames on a trot to shoot into 7-2 lead. It included a break of 62 in the fifth frame and one of 130 in the seventh frame. 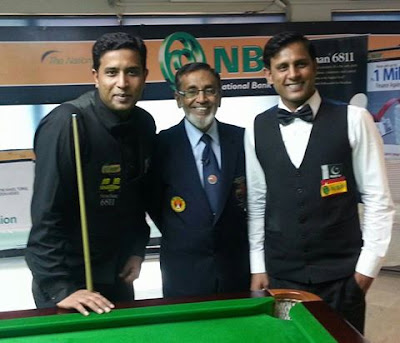 Fighting a lost cause, Bilal secured the 10th frame rather handsomely but it could not change the course of the proceedings as Asif wrapped up the issue in the 11th frame.

Cash awards of Rs 150,000 were disbursed in the prize distribution ceremony, held soon after the conclusion of the final, in which Mudassir H Khan, SEVP & Group Chief, Commercial, Retail Banking Group, National Bank of Pakistan (NBP), was the chief guest.
He presented a cash award of Rs 60,000, alongwith the winner trophy, to Asif while Bilal received a purse of Rs 35,000 with the runner-up trophy.

The losing semifinalists, Zulfiqar Abdul Qadir and Mohammad Sajjad, had to be content with Rs 15,000 each while the losing quarter-finalists, Babar Masih, Shahram Changezi, Sharjeel Mahmood and Mohammad Ijaz, were compensated with Rs 5,000 each. 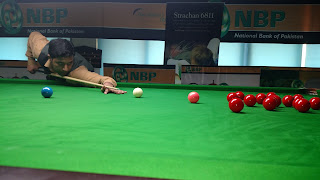 Sharjeel of Khyber Pakhtunkhwa, also claimed the cash award of Rs 5,000 for the highest break of the championship (140) which he had chalked up during the course of his 4-1 victory over the eventual champion, Asif, in the preliminary rounds.

Alamgir Anwar Shaikh, President, Pakistan Billiards & Snooker Association (PBSA), in his welcome speech, acknowledged the contribution of all the stake-holders in making the eight-day event another success story.

Ovais Asad Khan, heading the Strategic Marketing and CSR divisions of NBP, appreciated the improvement in the standard of snooker in Pakistan over the years and hoped that the cueists will bring more glories for the country in future.

Talking briefly to the media, after retaining the NBP trophy, Asif admitted that he has had to endure additional pressure because of the high expectations whenever he has gone to the table after the World Championship triumph in 2012.

“Obviously it’s not always possible to meet the expectations. After all the opponents of mine also come to the table for glories and they give their shot to it. I try my level best to keep delivering,” he remarked. 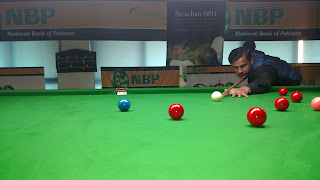 “Yes I do enjoy a kind of psychological advantage over Bilal, having beaten him a few times. That helped today as well. He is an outstanding cueist in his own right but somehow he’s unable to do it when playing against me,” Asif reckoned.

The former world champion was full of praise, however, for Zulfiqar and Sharjeel for having fared superbly against him.

Bilal, a man of few words, conceded that the rub of the green didn’t go his way in the final unlike in the semifinal against Sajjad the other day.

“Hard work holds the key to success. Today was not my day but I will continue working hard to come up with better results in future,” he added.

A total of 27 top cueists of the country had entered the championship whose preliminary round matches witnessed innumerable upsets which continued in the knockout phase too.
readmore »»