March 10, 2009 will go down as one of the most dramatic days in the history of the game when as many as two Test series were decided. Having won the first Test comprehensively, the Australians pocketed the second game by even bigger margin at the Kingsmead, Durban, to reclaim the series before the third and final encounter. 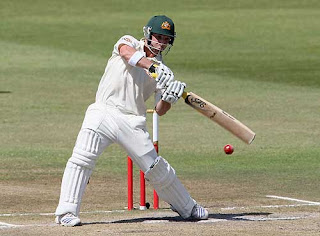 The story was different altogether at the Queens Park Oval in Port of Spain where the West Indies had to battle it out grimly to save the game against England that enabled them to retain the 1-0 lead and win a Test series for the first time in five years.

Starting from Durban, the pair of Jacques Kallis and A B de Villiers had given the South Africans some hope after grinding the Australian bowlers on the penultimate day of the match. The hosts had eight wickets in hand entering the final day and although the task of getting a further 302 to win the fixture looked extremely unlikely there were realistic hopes of them drawing the game that would have kept the series alive.

But the Australians exerted more pressure on the final morning and the South African batsmen succumbed. Skipper Ricky Ponting led from the front as he normally does and there was no escape route available to the hosts.

Ponting deserves the credit for having delivered with an inexperienced battalion at his disposal. He marshaled his troops so well and at no stage did the Australians lose intensity.

The Australians have proved the point that they have more than adequate bench strength to cover up for the seasoned guys some of whom have retired from the international cricket recently while the others are on the injury list.

The success of the youthful Australian side augurs very well for the future. The 20-year-old opener Philip Hughes has already made history. He has become the youngest batsmen to score two centuries in a Test match, having eclipsed the record of the great George Headley of the West Indies.

Continuing with the West Indies, they have continued to improve lately after having endured testing times in the not too distant past. The present lot has been showing more grit under the leadership of Chris Gayle and it were their fighting qualities that earned them a draw in the fifth and final Test.

The pitch had started to misbehave on the final afternoon and the England spin duo of Graeme Swann and Monty Panesar, as expected, caused untold problems for their batsmen. With James Anderson reversing the ball so craftily the home batsmen were kept on their toes all the time. 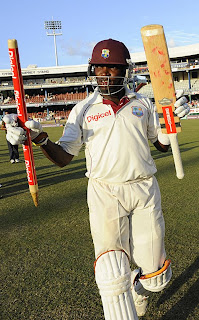 Wickets kept on falling at regular intervals to keep the match alive which was not called off until Fidel Edwards had safely negotiated the penultimate ball. It was Edwards again who didn’t wilt under pressure to save the day for his team, a fact duly acknowledged by his captain in the presentation ceremony.

Denesh Ramdin, having hit his maiden century in the previous game, batted so responsibly in the closing overs to steer his team to safety. He handled the pressure very well while scoring an unbeaten 17 off 87 deliveries.

Andrew Strauss might be asked a few questions about the timing of the declaration but he could not be criticized for the delay because he had to ensure a decent target. He would have been probed further had he set a smaller target and the West Indies achieved it. He led the side admirably in his first assignment as captain.