PCB manipulating to install Rizwan as captain in all formats 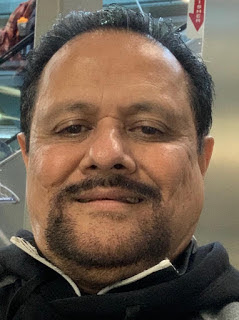 The key officials of the Pakistan Cricket Board (PCB) seem currently preoccupied in their manipulations to get Mohammad Rizwan installed as the captain of the national team in all three formats.
It can’t be mere coincidence that Rizwan was handed over a Khyber Pakhtunkhwa outfit for the just concluded National T20 Cup which was a virtual Pakistan team if one added Babar Azam to it.
Rather predictably this team won the tournament and the PCB bigwigs have gone closer to achieving their goal of appointing Rizwan as the captain of the Pakistan team which will mean, in their estimation, closing all possible routes of comeback for Sarfraz Ahmed at least in the near future.
The axing of Sarfraz from the leadership role, despite his glorious performances in not too distant past, had always been on the cards when the likes of Misbah-ul-Haq and Waqar Younis had been given the absolute powers to manage the affairs of the team.
It should not be forgotten that Misbah, as captain, and Waqar, as coach, had done everything they could do in keeping Sarfraz out of action from the World Cup in 2015. It was only after the intervention of the then PCB Chairman, Shaharyar Khan, which allowed a chance to Sarfraz who grabbed the opportunity with both hands.
Sadly from cricketing point of view, Misbah and Waqar joined forces again when Ehsan Mani took over as the new PCB chief and they resumed their efforts in removing Sarfraz by hook or by crook. They succeeded in putting Sarfraz under greater pressure and the wicketkeeper-batsman from Karachi was unable to come to terms with the growing intrigues inside the dressing room.
If removing Sarfraz was their short-term plan, the appointment of Rizwan as captain in all formats may well be their long-term plan by the look of things. Misbah and Waqar, with the obvious blessings of the PCB CEO, Wasim Khan, may accomplish their goals but it will be at the cost of national interest.
There’s no doubt in my mind about the talents of Rizwan either as a player or as a captain but the manner in which he’s being fast-tracked in the leadership role raises a lot of questions and it may not be good even for him in the long run.
Misbah and company had replaced Srafraz with Babar for limited overs versions while Azhar Ali was picked as the Test captain. All the moves have backfired and the stage is now set for the appointment of Rizwan as the captain in all three formats.
Although Shan Masood should have been the obvious choice to lead Pakistan in the Test arena as Azhar Ali was likely to be removed any time because of his poor show in England, there are strong enough indications emerging that the left-handed opening batsman may not be considered for the role he so richly deserves in my opinion.

Pakistan cricket is now suffering of discrimination and prejudism. Misbah and Viquar fighting against their own respect. The two blinds for Sarfaraz see all players visible.