Tahir Ahmed, Managing Director, New Jubilee Insurance (NJI), has recognized the role of the working journalists in the promotion of sports in Pakistan.

He made a particular mention of the media in keeping sports afloat in the country despite the inconsistent performances of the athletes in various events from time to time during the launch of the NJI 8th National Junior (Under-21) Snooker Championship 2010 at the Karachi Club on January 20.

“It’s very heartening indeed that the media professionals of our country are playing a proactive role in keeping the nation engaged in healthy activities. Our people get depressed quickly by the odd setbacks but our knowledgeable media makes them realize that odd losses are part and parcel of life,” he observed.

The Pakistan Billiard & Snooker Association (PBSA) was assured the sponsorship support by the NJI who have been supporting the National Junior Championship for the past three years besides having lent financial assistance to quite a few national and international events during the last few years.

“I would urge the PBSA to invite foreign cueists in our country in near future so that the sporting activities could be revived in difficult situations. The NJI is proud to play its part in the promotion of cue sports and we look forward to a long term relationship to take the game to another level,” Tahir Ahmed remarked.

The runner-up will be presented Rs 25,000 while both the losing semifinalists and all the four losing quarter-finalists will be getting Rs 10,000 each and Rs 5,000 each respectively. The highest break of the tournament carries a cash award of Rs 5,000.

An added incentive for the participants will be the qualification in the international event later this year. Both the finalists of the National Junior Championship will be representing Pakistan in the 11th Asian Under-21 Championship to be held in India from April 7 to 15.

“The total number of participants will be 32. Originally it was desired to have equal representation from all the four provinces but the inability of the NWFP and Balochistan to register eight cueists each will allow us to field more contestants from Sindh and Balochistan,” Alamgir Anwar Shaikh, President, PBSA, revealed. 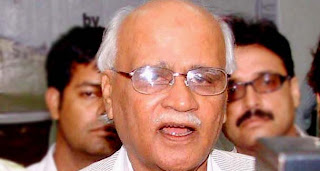 Ali Asghar Valika, Chairman, PBSA, in his brief remarks, expressed the hope that the young Pakistan’s cueists will come up with better performance in the future events after having gained the recent experience and exposure at the international level. readmore »»
Links to this post