WANTED: A representative body of sports journalists in Pakistan

The first seed of the Sports Writers’ Association (SWA) in England was sown in November 1947 with that legendary statement: "It is desirable that an association of sporting journalists be formed. 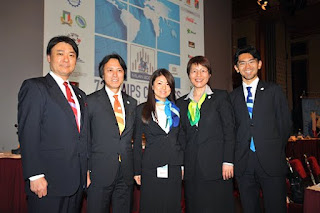 Historically it were half a dozen representatives of the national sporting press who had made the historic decision over the lunch and five of them formed an exploratory committee that met in a Fleet Street about a month later.

The Association was founded on 15 April 1948 with 21 members on board. The first annual dinner was held in 1949 and the following year the first ballot was held among members, by then numbering nearly 100, to determine which six men had contributed most to Britain's international sporting prestige - still the criterion on which annual awards are made.

As they entered the 21st century, and after the Association merged with the Professional Sports Photographers' Association and began to represent an ever widening range of sports journalists across all media, the SWA changed its name to Sports Journalists' Association (SJA).

Today the sports journalists’ fraternity of Pakistan needs a similar platform more than ever before. It’s high time for the working journalists of the country to rise above the self and join hands to lay the foundation of a body that could become Pakistan’s voice in international sports journalism affairs.

Regrettably the element of unity has been found missing in the ranks of the sports journalists in Pakistan and the efforts made once in while by a few individuals have not yielded the desired results.

How could one expect to get the results if the objectives are not clearly spelled out or when the people attending the meetings to form the Association are shy of reporting it in their newspapers or broadcasting it on air?

Not a single working sports journalist in Pakistan might disagree with the observation that a vibrant national body is so desperately needed now that could represent the national sports media on the Pakistan Olympic Association's press advisory committee, and offer advice to members covering other major events. The body, once formed, could also act as a consultant to organizers of major events who need guidance on media requirements. 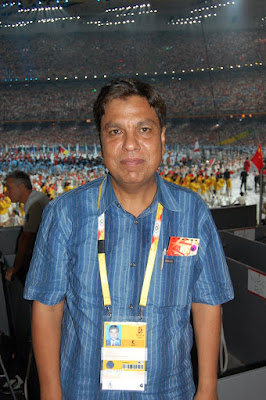 The absence of a truly representative body is costing the working journalists dearly. A battery of journalists is sent to the Olympic Games, Commonwealth Games, Asian Games and South Asian Games by the POA but less than half of them actually go out there for the coverage of the event. The POA has its priorities and they don’t have a mechanism that could allow them to sponsor the genuine journalists only and discard those going for joyrides.

The proposed body should have an essential service for all sports journalists-writers, sub-editors, photographers, presenters, producers, cameramen and editors-working in national and regional press, radio, television and websites.

A few individuals have attempted to form a national body with the hidden and at times even not so hidden objective of furthering their own vested interests.

The Pakistan Sports Writers Federation (PSWF) was founded and run by S M Naqi, Farooq Mazhar and Ali Kabir who considered themselves above board and dared doing things in the manner they pleased. The body revolved around these gentlemen, two of whom have now passed away and the third one has been laid low by illness. Unsurprisingly the body has remained dormant for the past one decade.

It was in the late 1980s when another group, led by Anisuddin Khan, emerged by the name of the Federation of Sports Journalists of Pakistan (FSJP) and they held a couple of meetings at the YMCA in Karachi that were very well attended. But the FSJP could not take off, primarily due to the lack of vision of its leaders who just couldn’t set the ball rolling.

The most significant step yet towards the formation of a truly representative body was witnessed in 2006 when Ehsan Qureshi mustered the support of the majority of the working journalists to form the Sports Journalists Association of Pakistan (SJAP). He did a lot of running around to establish the Association on solid footing but the move was sabotaged by hypocrisy.

There have been a couple of initiatives of late but unfortunately neither of them might be able to serve the purpose and it’s an extremely unlikely to have anything like the SJA of England coming up.

Amjad Aziz Malik and Zahid Farooq Malik, who somehow made their way to Milan, Italy, earlier this year to attend the AIPS Congress, have set off to revive the PWSF, albeit in a controversial and undemocratic manner.

The Maliks mobilized their resources to organize a two-day seminar/workshop at the Pakistan Sports Complex in Islamabad on August 15 and 16 but they very conveniently omitted the open debate session that deprived the participants the chance of putting forward their suggestions about the election process.

Instead of discussing the matter out in the open, the Maliks deemed it proper to close deals with the persons of their own choice and they came on stage only to announce the names of the people having been nominated for various assignments.

It was a wonderful idea to have invited the sports journalists from every nook and corner of the country. But by sharing the key posts between themselves and not even bothering to seek vote of confidence from the house undid their own good work.

Fingers have also been pointed towards both the Maliks about their standing in the profession of sports journalism in particular. They have not won friends by avoiding elections and declaring themselves as the President and the Secretary of the self-proclaimed PSWF.

If they were sincere to the cause of the profession and serious in reviving the body they should have simply formed a committee of three to five members to carry out the nationwide membership drive after which elections could have been held.

Soon afterwards the ‘bigwigs’ of sports journalism in Karachi met over tea but they were unable to come to any conclusion either. The organizers were short of concrete ideas and one was unsure about the purpose of the hastily arranged meeting.

It was disappointing to listen to the remarks of the veterans of the profession, who appeared confused and double-minded. If they were unable to resolve whether to form a national association or restrict themselves to a city body it was a clear reflection of lack of homework or division of opinion. 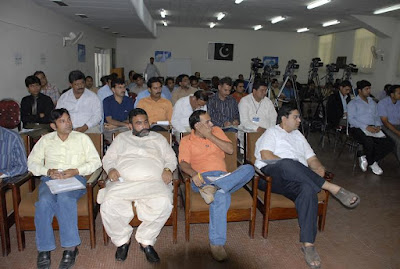 Abdul Majid Bhatti and Shahid Akhtar Hashmi, who conducted the proceedings, were unclear about the issue either. Waheed Khan, for reasons beyond comprehension, was not prepared to look beyond Karachi while Anisuudin Khan tried to impose his thoughts in the usual manner of his.

Although quite a few big names of the profession were in attendance in the meeting at the Karachi Club, besides the young guns, a consensus could not be developed and by the look of things yet another opportunity was wasted.
readmore »»
Links to this post