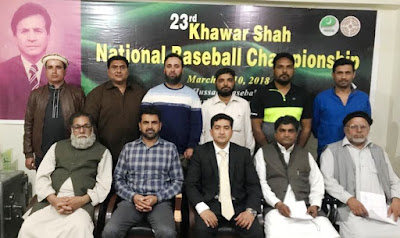 Meanwhile the manager’s meeting was chaired by Fakhar Shah prior to the start of the six-day event which was also attended by Muhammad Mohsin Khan, Senior Vice President PFB and Chairman, Organizing Committee, Jamil Kamran, Chairman, Technical Committee and Zafar Hussain Warraich, Organizing Secretary.
readmore »»
Links to this post