MSAP back in business with a bang!


The Mind Sports Association of Pakistan (MSAP), fittingly a brainchild of Khurshid Hadi, arguably the brainiest individual to have ever been associated with sports arena in the country for a long time, is back with a bang. 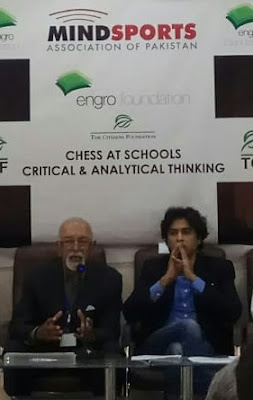 With a few like-minded comrades, he had launched the MSAP way back in 2007. He didn’t waste time to make the presence felt in a big way because the inaugural National Mind Sports Games staged at the Southend Club in Karachi in 2008 were nothing short of spectacular.

Since then the MSAP has survived, mainly because of the man himself, because he never let it fade. He has had a mission from day one and he has been on it despite everything, the occasional disappointments included.

Knowing him well enough, it’s not surprising that his MSAP has taken fresh guard and started with a bang again.

They have joined hands with Shahzad Roy’s Zindagi Trust in the promotion of chess, alongwith The Citizen Foundation (TCF).

“Powered by four-year sponsorship deal (2019-2022) with the Engro Foundation, we have now launched a major project of introducing chess at educational institutional level which will go a long way in achieving our mutual objectives,” Khurshid Hadi, the MSAP Founder Chairman and Director, announced during a media briefing at the Karachi Press Club on May 6. 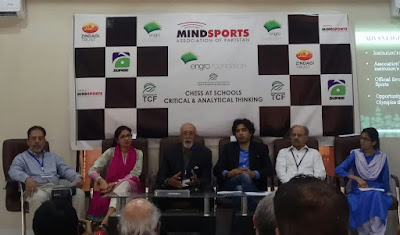 “The objectives of the MSAP have included the development of games of chess, bridge and scrabble by facilitation to academic institutions to establish mind sport learning/teaching and clubs. We promote public awareness for the value of developing minds especially among the youth while we organize local, national and international competitions to improve soft image of Pakistan,” he narrated.

Emphasizing the significance of chess at school level, Khurshid Hadi shared the benefits of playing mind sports, which reflected on behavior, structuring of minds, reasoning, mental arithmetic, increase in memory, concentration and emphasis on ethical standards.

He further remarked that mind sports also played an important part for betterment of health, protection against mental deterioration and also allowed gymnastics of mind for a person learning or playing chess. 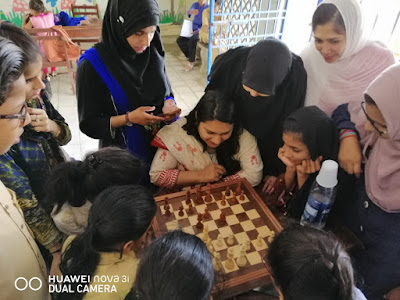 Replying to a questioner, he talked about the plans of the MSAP to revive the National Mind Sports Games whose inaugural edition was staged with great fanfare in 2008.

“We will be able to do it either by the year end or early next year. We are very interested and inclined towards reviving this event and it will be a matter of time when we do it,” the MSAP Chairman said.

“It’s quite unusual for three social sector organizations to come on one platform but we, three NGOs, have decided to work together for the introduction of chess at educational institution level,” Shahzad Roy, a renowned singer, social worker and humanitarian, declared on the occasion.

“Zindagi Trust, since its establishment in 2002, has been striving to improve the quality of education available to the under-privileged segment in particular. We have been trying to transform the education system through uniform curriculum and sports activities. Now, with the collaboration of MSAP, we are endeavouring to have chess included in the curriculum of various boards,” he announced.

“Our collaborative chess initiatives will go a long way in transforming the lives of talented individuals. Chess is a sport which teaches wisdom and intelligence. Going by our past experiences, personally I don’t foresee hurdles or problems in having chess in the curriculum,” Shahzad Roy felt.

To a question, he clarified that the purpose of the whole exercise will die if the students of the government schools were not its main beneficiaries.

“It won’t an elite activity or anything like that. We will welcome all schools to include chess in their curriculum but our focus will be on the government schools,” he added.

Besides Khurshid Hadi, the other MSAP officials present on the occasion were Kemal Shoaib, Tariq Rasheed Khan and Syed Pervez Iqbal.
readmore »»
Links to this post