An Iranian was expected to win the title but more than Amir Sarkosh, the eventual champion, it was the prolific Hossien Vafaei Ayouri who had looked likely to run away with the trophy. 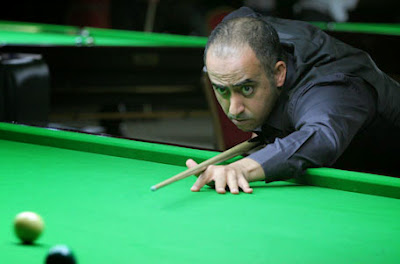 Amir Sarkosh defied all odds and staged a magnificent comeback in the final against Boonyarit Kaettikun of Thailand to pocket the 11-nation Jubilee Insurance 3rd 6-Red Snooker Championship 2014 at Hotel Avari Towers, Karachi, on August 20.

The final lived upto the billing with high-class snooker being witnessed. Amir Sarkosh took the opening frame but his opponent hit back to claim the next couple of frames. He moved ahead 3-2 by pocketing the next two frames but Boonyarit Kaettikun went on the rampage in the following four frames to go 6-3 up.

Staring defeat, Amir Sarkosh kept the contest alive by taking the 10th and 11th frames rather comfortably. There was fierce contest in the last two frames and he managed to win both of them to run away with the trophy. 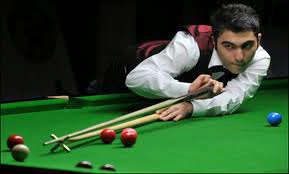 While Hamza Akbar was eliminated in the semifinals, six of the seven home cueists crashed on the opening day of knockout games. The defeats of Asif Toba and Mohammad Sajjad in the quarter-finals hurt Pakistan badly as both of them had looked in superb form.

Sajjad went down fighting against Amir Sarokosh after 10-frame battle but Asif was literally blown away by the rampaging Hossein Ayouri in what turned out to be a one-sided affair.

The only all-Pakistan quarter-final, featuring Hamza Akbar and Sohail Shahzad, went to the full distance of 11 frames. Fortunes fluctuated dramatically until Hamza won the final frame after having been blanked in the last two.

The only quarter-final, which didn’t have a Pakistani, also went to the wire as Boonyarit Kaettikun edged out Ang Boon Chin after a 11-frame duel.

The pre-quarter-finals were held earlier in the day in which top seeded Mohammad Asif was routed by compatriot Hamza Akbar while second seed Hossein Ayouri survived a scare at the hands of India ’s Rahul Ajay Sachdev.

Sohail Shahzad and Mohammad Sajjad emerged triumphant in the all-Pakistan pre-quarters as they overpowered Asjad Iqbal and Shahid Aftab respectively while Asif Toba blew the whistle on Syria’s Omar Alkojah.

Saleh Mohammad of Afghanistan, who won the Asian Championship in Karachi last year, fell in the pre-quarters this time round, losing narrowly to Boonyarit Kaettikun after an absorbing 11-frame contest.
readmore »»
Links to this post