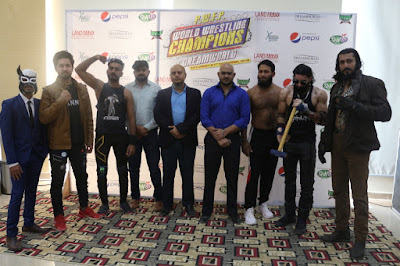 The buzz and excitement in the rings will return to Karachi with a bang with more than 15 foreign participants expected to set alight the one-day event titled as the World Wrestling Champions at the picturesque Dreamworld Resort on December 21.

“We had witnessed the participation of four foreign international wrestlers at the first-ever competition of its kind to be held in Pakistan earlier this year but now we have received confirmation from as many as 17 combatants from abroad for the upcoming event which will be much bigger than the previous one,” Nouman Suleman, President, Pro Wrestling Federation of Pakistan (PWFP), announced in the media launch organized at the Dreamworld Resort on November 24.

“We are excited to be bringing such a historic wrestling event to Pakistan. It is important for us to organize something new and exciting for the fans of this sport. We hope that through organizing such events, Pakistan gains recognition as an important destination for world wrestling and other mega sporting events,” he remarked. 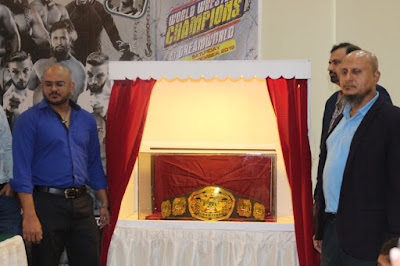 Hailed as the biggest event in Pakistan’s Pro Wrestling history yet, it will witness the participation of eminent wrestlers from USA, UK, UAE, Mexico, Greece and Singapore who will be coming over to Karachi to lock horns with the top challengers of the country.

The international wrestlers, which include former and current champions from WWE, TNA, AEW, Lucha Underground and Indie circuits, are expected to be engaged in tough and exciting contests with the local talent.

“We are more than glad to be playing our role in the promotion of soft image of our country as we reckon that the success of the our international wrestling events will be particularly helpful in sending positive vibes from Pakistan which will encourage the top athletes of the world to continue visiting our country without any apprehensions or reservations,” Faraz-ul-Huda, Head of Marketing, Dreamworld Resort, observed. 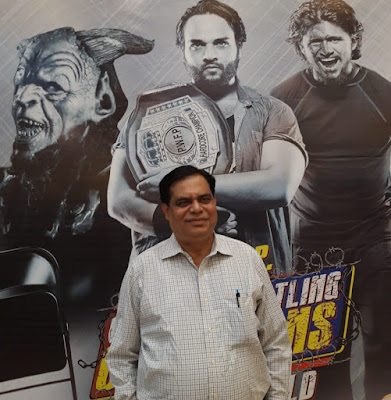 “As part of our policy of promoting the neglected sports, we had joined hands with the PWFP to hold Rumble in Pakistan earlier this year which was hailed as a landmark event. In order to promote wrestling further, we are now helping them organize another event next month which is expected to be even more thrilling spectacle than the previous one,” he hoped.

Abdul Jabbar Rathod, Executive Director, Dreamworld Resort, in his brief remarks, reckoned that the upcoming World Wrestling Champions will not only turn out to be an exciting day for wrestling fans but it will also help further establish Pakistan’s position in the world of wrestling.

“We are happy to be partnering with Dreamworld Resort for this historic event. It is important to introduce new sporting avenues to the youth of our country, especially a sport such as wrestling, which, until recent years, has only ever been seen on television or online.” Zofeen Ihsan, Chief Operating Officer, Xenith Public Relations, noted.

The media launch was also attended by some of the leading wrestlers, having performed impressively in the Rumble in Pakistan on April 28, who vowed to upstage the foreign participants in the World Wrestling Champions.