Un-Nooh edges out Ayouri in epic final between world champions

What an extraordinary final it turned out be between two world champions! Thailand’s Thepchaiya Un-Nooh, a former world champion, fought back magnificently to overpower Hossein Vafaei Ayouri of Iran, the reigning world champion, in the final of the Jubilee Insurance 7-Nation International Snooker Championship 2012 at Hotel Pearl Continental, Karachi on March 9. 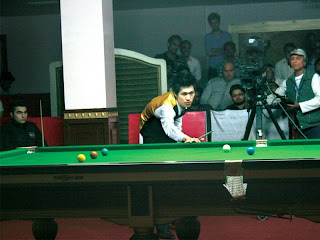 The spectators, not large in number though, could not have asked for a more thrilling contest between the top two cueists of the event having made there without losing any match. The organizers, Jubilee General Insurance, could not have desired a more befitting end to an interesting championship that has marked the revival of sporting activities in Pakistan.

Although none of the Pakistanis managed to force their way into the final, it was thoroughly enjoyed by the people watching the action at the five-star hotel and many more who viewed it on television as it was being telecast live.

Un-Nooh, 26, having looked the most accomplished cueist in the six-day competition lived up to the billing. He had turned professional after winning the world amateur crown in 2008 and he showed why he’s rated so highly. He came back so strongly after being unable to contain the Iranian teenager in the first four frames. 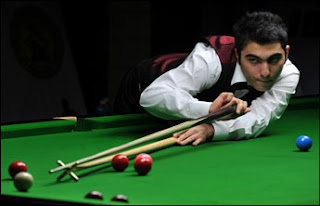 The 17-year-old Ayouri, on the other hand, made some unforced errors which cost him the game after being in the driving seat. He came up with much improved performance, though, than what he had done while defeating Pakistan’s Mohammad Sajjad in the semifinals the other day.

He succeeded in clinching the opening frame after some fight but he was offered less resistance in the next frame. He gave nothing away in third frame and he was equally at ease in the fourth frame. He ran into 4-0 lead within no time. Un-Nooh had won just one frame when interval was announced at 1 pm. 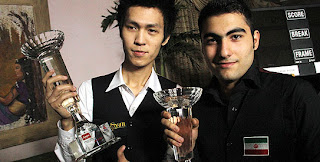 There was a fierce fight in the sixth frame as the battle resumed after one-hour break for Friday prayers. Un-Nooh won it to reduce the deficit. Ayouri made it 5-2 by claiming the seventh frame but his Thai rival registered a break of 71 to take the next frame. Un-Nooh made it 4-5 by also taking the ninth frame but the Iranian hit back with a break of 72 that allowed him to make it 6-4.

The cool and calculated Un-Nooh didn’t appear under any kind of pressures even though he was in danger of defeat. He played superbly under pressure and by pocketing the last three frames under enormous pressure he proved the point that he was the worthy winner of the title. He finished it in style, with a masterful break of 92 in the decisive 13th frame.

The actual vistors, not really big within quantity although, couldn't possess requested a far more fascinating competition between your best 2 cueists from the occasion getting created presently there without having dropping any kind of complement. The actual coordinators, Jubilee Common Insurance coverage, couldn't possess preferred a far more befitting finish for an fascinating tournament which has designated the actual rebirth associated with sports activities within Pakistan.

Even though not one from the Pakistanis were able to pressure their own method to the last, it had been completely loved through the individuals viewing the actual motion in the five-star resort and much more that seen this upon tv since it had been telecast reside.Live Cricket Streaming