The Pakistan Olympic Association (POA), having done very little to promote the cause of sports eversince its inception and whose office-bearers have mostly been in the news for the wrong reasons to say the least, has to shoulder the blame once more for not having taken the desired steps yo take care of their showpiece event, the National Games, meant to be held after every two years. 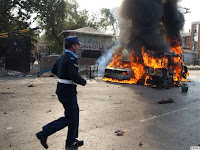 The provincial Olympic Associations look forward to hosting the National Games primarily for the loads of money that comes with the package. It’s one event they cannot imagine to lose, no matter how many times they have to postpone it.

The 31st National Games, now scheduled to be staged in Peshawar later this month, would certainly have served greater purpose had it been held prior to the Commonwealth Games and Asian Games.
In Pakistan the practice has been to hold the National Games in the four provinces by rotation. It’s no doubt the turn of Khyber Pakhtoonkhwa, formerly Northern Western Frontier Province (NWFP), to stage the event but it had to postponed due to the security concerns in capital Peshawar.

The national Olympic body, POA, don’t do anything to annoy their provincial chapters for obvious reasons. The POA Executive Council had taken the decision to postpone the 31st National Games that was to be held from March 25 to 31.

The POA President, Lt Gen (retd) Syed Arif Hasan, had stated at the time of announcing the decision on March 16 that the foreign teams were already not willing to come to Pakistan because of the security issues and they didn’t want a situation where a domestic event is also affected by some incident.

“The relevant authorities in Peshawar were not willing to give security clearance for the games at this stage. We took the prevailing situation in the country into consideration and felt the best thing at this stage was to postpone the games. There was also pressure from parents and associations to postpone the games and obviously nothing is more important to us than the safety of our athletes and officials," he was quoted as saying.

The National Games, already been postponed once before last year due to security issues, was then rescheduled for December 26 to 31. 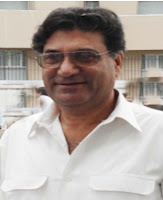 The President of the Khyber Pakhtunkhwa Olympic Association (KPOA), Syed Aqil Shah, who is also the KP Sports Minister, has maintained that the 31st National Games will be held in Peshawar on its schedule amid tight security.
”We have given the mandate by the house in which the office-bearers of all the affiliated associations ensured their support. Besides they have shown more spirit and zeal to hold the Games on its schedule,” he observed in the media briefing.

“We are ready to hold the Games and the grant is there. All appropriate measures would be taken and services of Police, Frontier Corps, and even if needed, Army would be taken to provide foolproof security to the teams and officials,” Aqil Shah stated.

It may be recalled that at least three people were killed and several others were wounded when a suicide bomber blew himself up at the main gate of Qayum Stadium after the closing ceremony of Inter-Provincial Games in Peshawar in November 2008.