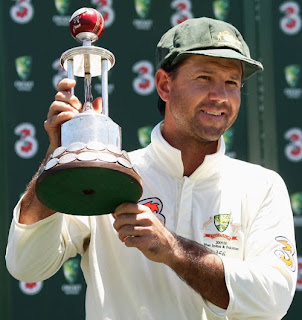 The Australian cricket captains have been known for their aggression and passion for victories whenever they have had the arsenal to topple their opponents. They have lost quite a few of their legends in the recent past but Ricky Ponting has continued to lead the side with enormous confidence and self belief.

Ponting, with his positive instincts, has thoroughly deserved the records coming his way. With the massive victory Pakistan at the MCG on December 30, he now holds the records for the most wins by any Test player and the most victories for any Test captain, It was his 93rd win as a player and 42nd as captain.

Didn’t it look a stunning move when he declared Australia’s first innings so early on the second afternoon in the Boxing Day Test against Pakistan at the gigantic Melbourne Cricket Ground! With Michael Clarke going strong and the likes of Marcus North and Brad Haddin sitting in the hut he chose to close the innings at 454 for five, cosuming only 38 of the minimum of 90 overs of the day.

The cricket fans in Pakistan viewed it as a crazy decision. But little did they know that Ponting had actually assessed the conditions perfectly and he was not going to take chances. With the intent on winning the game rather than establishing total supremacy he must have desired providing more opportunity to his bowlers.

So it wasn’t crazy stuff but a calculated risk to some extent. Ponting must have been aware of the limitations or the lack of depth in Pakistan’s batting. Yet he allowed his bowlers more time to do the job with peace of mind rather than pushing hard for it.

Ponting described the 170-run victory as one of the team's best in a long while and praised his young attack for as good a bowling effort as the side had displayed in the last two years. 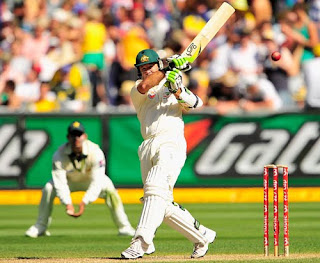 "The bowling through the game has been as good as it's been in our team for the last couple of years. The way we bowled in the first innings in particular was just outstanding. The way we used the new ball and we were able to maintain our discipline and execute our skills over such a long period of time at the start of their first batting innings was a real factor in the game,” the triumphant skipper remarked at the end of the match.

"It's been a great game for us. It's one of our best Test wins in quite a while, starting right from the start of the game from the Katich and Watson partnership which really set the platform and set the foundation for a very good Test match for us," Ponting observed.